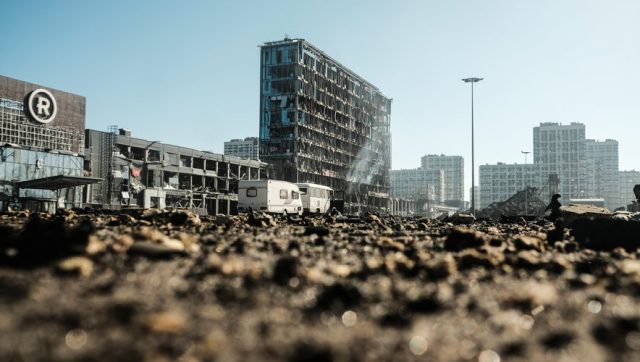 Since the beginning of the war, several mayors of Ukrainian cities have been kidnapped by the Russian army. A strategy of Russia which is not new and which enters into a precise process of deconstruction of the Ukrainian authority.

Since the start of the war in Ukraine, several elected officials from municipalities important to the Ukrainian regime have suddenly disappeared without giving any news. According to the Ukrainian authorities and international observers, it is – without a doubt – Russian forces. A tactic already used in the past.

Skadovsk, Dniprorudne, Melitopol… At least three mayors have been kidnapped since the start of Russia’s invasion of Ukraine. These kidnappings take place in regions often controlled by the Russian armed forces. By acting in this way, the army seeks to weaken the political system and the legitimacy of Ukrainian municipalities.

“They have moved to a new stage of terror in which they are trying to physically eliminate representatives of legitimate local Ukrainian authorities,” President Zelesnky said in a video message.

A desire to intimidate the people

For Nicolas Tenzer, director of the newspaper Desk-Russia, Quoted by BFM TV, this strategy of “terror” aims to frighten the Ukrainian population. “There is a desire to intimidate the people, to show that, in any case, all resistance is doomed to be broken in blood and that no one is safe anymore (…) This makes it possible to show that even the political authorities do not enjoy any privileges because of their elective position”, he explains.

In the municipality of Melitopol, the mayor was released but did not resume his function. It is now Galina Danilchenko, an elected pro Russian who holds the position. As our colleagues remind us, the kidnapping of mayors is not a recent technique for Russia.

Read:  Gard: a raffle for the Ukrainians of Saint-Martin-de-Valgagères

Vladimir Putin’s country is accustomed to this and has already replaced mayors in Georgia, Chechnya and Crimea. According to Dmytro Kuleba, Minister of Foreign Affairs of Ukraine, Russia would try to impose the same fake referendums in the separatist territories to establish its legitimacy. “Given the lack of popular support, this referendum will be entirely staged,” he denounced.