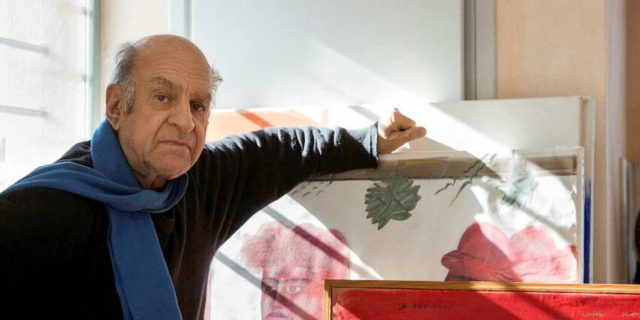 Lgreece has lost one of its greatest painters. Alekos Fassianos, known for his characters from Greek mythology and folklore, died on Sunday January 16, his daughter announced to Agence France-Presse. Matisse of modern times, Alekos Fassianos, bedridden for several months at his home in Papagou, in the suburbs of Athens, died “in his sleep” following a long illness, said Viktoria Fassianou.

The multi-talented colorist shared his life between Greece and France, where he studied lithography at the National School of Fine Arts and rubbed shoulders with writers and painters, like Matisse and Picasso whom “he greatly admired”.

He had turned 86 on October 25, the same birthday as Picasso, but he had put his brush down since 2019, suffering from a degenerative disease, we learned in the fall during a visit to his home. His daughter, who chairs the company Fassianos Estates, and his wife Mariza Fassianou then announced to AFP the opening of a museum in his name in the fall of 2022 in the center of Athens.

Fassianos is known for his canvases and lithographs, exhibited throughout the world, where we find the cyclist he met as a child going to the beach, his hair straightened by the wind as described in his readings of mythology, the fish from Kea, his favorite island, the round waves as in the Odyssey, the bird with outstretched wings, so many emblematic signatures of his work.

Read:  Foreign players in Russia and Ukraine free to sign up elsewhere, what about Rémy Cabella?