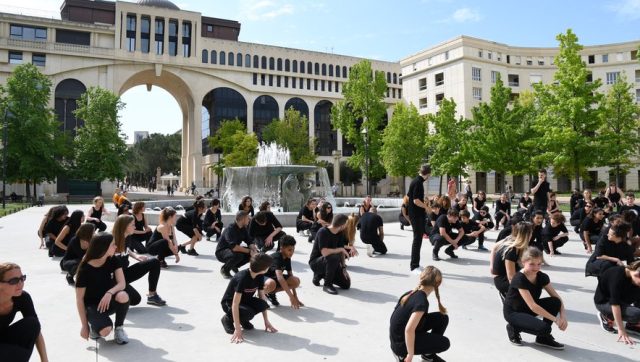 Launched at the end of March, the Montpellier 2028 candidacy, linking the territories of Eastern Hérault around a common project, continues to be built before the submission of the file, at the end of 2022.

First stage of selection in early 2023

As a reminder, behind this candidacy, it is a whole territory that has taken action since the announcement of the project, on March 31st. In the wake of Montpellier Metropolis, the Agglomeration of Sète, the communities of municipalities of the Pays de Lunel, the Hérault Valley, the Grand Pic-Saint-Loup and the Hérault Méditerranée urban community are mobilized to pass the first selection stage, which will take place in early 2023.

Consultation and call for projects

With this in mind, a consultation has been launched for the general public, who can comment on the dedicated website. . “We will also continue it in physical terms, by being present at all future festivals, such as the Montpellier Reine on June 19, the Fête de la Musique on June 21 or Gay Pride (June 25), to fill to the public a questionnaire, says Sophie Léron, in charge of bid strategy.

At the same time, we are conducting co-construction workshops on major themes, for example the European city, urban transformation through culture, which each time bring together between twenty and thirty actors from the cultural, associative, social and educational worlds to question themselves on what ‘we can build together.

The candidacy of Montpellier, Sète and East Hérault is a race against time. While their competitors, like Nice, Reims, Nourges, Amien, Rouen or Clermont-Ferrand, have for several months displayed their intention, the first selection file must be submitted on December 1 for a preselection which will be announced. beginning of 2023. If Montpellier qualify, another, more complete file will have to be compiled at the end of 2023, for a final decision which will fall in 2024. “It is true that the deadlines are very short, recognizes Sophie Léron, but that requires us to create significant synergy for it to work. And I was pleasantly surprised by the desire of actors from the cultural or associative world to embark on this adventure with us. This gives a very interesting collective dynamic, which can to make up for the question of our late entry.”

Co-construction While the workshops have been taking place since last May (one was organized in Sète on Thursday, another will be next Thursday in Montpellier), the idea is to present a restitution of these multiple exchanges on June 30th. “We are also launching a major call for projects of €700,000 aimed at cultural actors in the territory but also social, tourist, etc., continues Sophie Léron. Volunteers can apply online until June 27. And we will have a second session next October for 2023.”

The first selected files will be presented during the second week of July.

“We want to promote transdisciplinary projects or projects taking place in different territories, or in particular adequacy on one of the major themes that we carry, such as hospitality, the future or innovation. The whole challenge being, from 2022, to project ourselves on what we could offer in 2028”, advances the strategic director. Step by step, Montpellier 2028 is therefore taking shape and body: “At the start of the next school year, we will be present at the Hôtel d’Aurès (14, rue Eugène-Lisbonne, classified as a Historic Monument, Ed) to give a physical installation to the candidacy.”

“Something unique and irreversible”

“The Montpellier 2028 bid has created something unique between us, in our territories. Something irreversible around culture. We have initiated a very fine collective intelligence approach that allows us to write new chapters of our cultural policies. The mayor and president of the Métropole Michaël Delafosse is very proud of this synergy which has developed around the Montpellier 2028 application, where all the communities of Eastern Hérault have decided to work together around the cross-cutting subject and protean that is culture.

The return of the Nights of Peyrou

Read:  War in Ukraine: oil, toilet paper... which products are rationed in Europe, with our neighbours?

“That the world of economics, research, culture, that institutions unite around the same project, is quite unprecedented. And that it’s around culture, it’s even more encouraging in our society. current, believes Michaël Delafosse. Culture, we can know that it exists, but we may not be interested in it. Our goal is to interest the greatest number of people. When all the intermunicipalities vote on budgets to finance the call for projects, when all abound more for culture, especially after two years of Covid, it’s a positive sign!”

Other positive news, in line with the cultural dynamism desired in Montpellier, is the return of the Nuits du Peyrou this summer: “And not in a reduced capacity of 1000 people!”, Launches Michaël Delafosse. In partnership with France Télévisions, six major free concerts were scheduled for the beginning of July 2021, at Peyrou.

To find out about the application, take part in the consultation or apply for the call for projects, go to www.montpellier2028.eu.