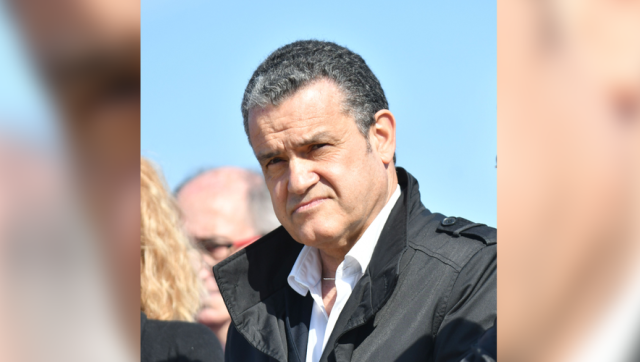 They are already sixteen to be welcomed in the village since the beginning of the conflict in their country. And soon twenty, with the expected arrival of four new people by this weekend. Thirteen women, four children and an elderly man.

Like many other towns in the Gard, Saint-Martin-de-Valgagères welcomes these war victims in good conditions, staying with host families or in apartments. “The children go to school. Their mothers go to the École sans frontières in Alès. They learn French there”says Mayor Claude Cerpedes.

A little money, for more dignity

“However, we quickly realized that they needed things that we couldn’t necessarily give them like that, continues the chosen one. Hygiene products, daily life… During the carnival, the kids only watched the merry-go-round. And the parents didn’t dare ask.”

The mayor and Marc Terne, the manager of the Marc Presse store at the Intermarché des Allemandes, have launched a solidarity raffle. The tickets, sold for €2 each at the shop, will make it possible to constitute a kitty for these people. The time to receive, thereafter, state aid. “Asking for things is very difficult for them. Having a few pennies will allow them to maintain their dignity”, thinks Claude Cerpedes.

“In one day, I already sold 100 ticketsadds Marc Terne with a smile. It’s positive to see that people remain generous. It is on our small scale a way of contributing to all that is happening.” The draw for the raffle will take place this Sunday around 4 p.m. during a lottery at the La Fare Alais space, in the village. The grand prize: an official OM jersey worth €150. At the same time, today’s lotto income is also intended for these twenty refugees.

Read:  Volodymyr Zelensky in front of the African Union: “The Russians are using you! »