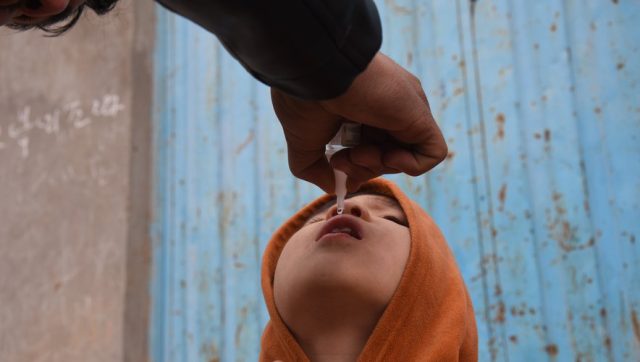 This Wednesday, June 22, the World Health Organization announced that traces of a form of polio derived from a vaccine strain had been discovered in Great Britain, while its eradication seemed close worldwide.

Amazement in London: for the first time since 1984, the date of the last recorded case in the United Kingdom, the poliomyelitis virus was discovered in the waste water of a treatment plant in north London. Between February and May, several samples came back positive, a sign that this pathogen is currently circulating in an area where four million people live, details the Express.

An alert made public this Wednesday, June 22 by the WHO, which specifies in a press release: “It is important to note that the virus was isolated only in environmental samples – no associated case of paralysis was detected”.

Read:  The inhabitants of Sète and its town hall are mobilizing for Ukraine and Ukrainians

A call for vigilance was issued: “All countries, especially those with a high volume of travel and contact with polio-affected countries and areas, should step up surveillance to quickly detect any new virus importation and to facilitate a rapid response”, underlines the authority. “Any form of poliovirus, wherever it is, constitutes a threat to children all over the world”, she insists.

According to the WHO, “any form of poliovirus, wherever found, is a threat to children around the world“.

This virus can also be detected in the stool after receiving a vaccine oral poliovirus (OPV), which is made from an attenuated form of live poliovirus. OPV has not been used in the UK since 2004, but several countries continue to use it, recalls franceinfo.

According to UK authorities, the most likely scenario is that an individual recently vaccinated with OPV in another country entered the UK before February. For some epidemiologists, people who are not up to date with their vaccination.

Read:  War in Ukraine: little Switzerland, not so soft!

As a reminder, poliomyelitis is an extremely contagious which invades the nervous system and can cause permanent paralysis.

In recent years, an average of 1-3 poliovirus isolates per year have been detected in sewage samples in the UK. But they had no connection between them then, recalls TF1 Info.