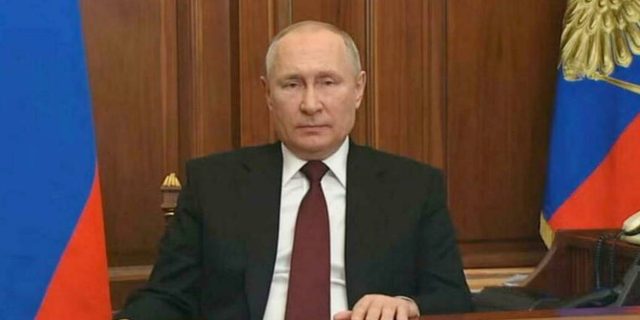 Por Vladimir Putin, the Kremlin’s operation that led to the war in Ukraine was “a success”. During a speech on television, Wednesday March 16, Russian President Vladimir Putin affirmed that Moscow would not allow Ukraine to become a “bridgehead” for “aggressive actions” against Russia. “The operation is taking place in strict accordance with the pre-established plans,” added the Russian president, assuring once again that he did not intend to “occupy” Ukraine.

Vladimir Putin considered that the avalanche of Western sanctions and condemnations hitting Russia, its economy, its sportsmen and its world of culture was comparable to anti-Semitic persecutions. “The West has dropped the mask of decency and started to act obnoxiously. There are parallels with anti-Semitic pogroms,” he said at a government meeting broadcast on television.

A series of promises for the Russians

The opportunity for Vladimir Putin to announce a series of financial aid to individuals and businesses to deal with the sanctions, ensuring that the Western economic “blitzkrieg” against Russia is overcome. Recognizing a “not simple” situation and rising inflation, he promised to increase the subsistence minimum, civil servants’ salaries, pensions, and to remove administrative obstacles to business.

Read:  Mali: the army and the Wagner Group accused of new abuses