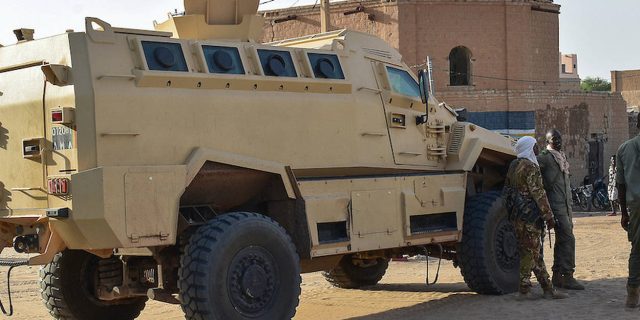 ATIn central Mali, the Malian Armed Forces (FAMAs) announced in a press release on Friday 1er April, having neutralized “203 combatants” from “armed terrorist groups” during an operation in a Sahelian zone in central Mali carried out from March 23 to 31. This operation was carried out as part of Operation Kélétigui (“the one who makes war” in Bambara) launched at the end of 2021, and for which several dozen Russian and Malian soldiers are on the ground.

In this area where the Support Group for Islam and Muslims (GSIM), a local branch of Al-Qaeda, is very active, there is a village called Moura, 17 kilometers northeast of Kouakjourou in the circle of Djenne. What exactly happened? It is difficult to say as the versions now diverge between the Malian army and the numerous testimonies collected by local and international organizations, as well as by the media.

Agence France-Presse was not in a position to verify the slightest report put forward by the Malian army. But, already on Friday, the general staff of Mali invited “the populations to exercise restraint against defamatory speculation against” the Malian armed forces.

Because, about these operations, very quickly, several publications on social networks evoke “a massacre of civilians” in the same village.

According to concordant sources, most humanitarians, there would have been no actual fighting, but rather a helicopter attack. Indeed, helicopters from the Malian army flew over the village and allegedly started firing indiscriminately at the inhabitants on Sunday, March 27, the day of the fair, where several Katiba Macina jihadists, belonging to the GSIM, had come source from the market. Once down and after receiving reinforcements, the FAMAs reportedly began a five-day siege of the village, during which the Malian army searched the houses, interrogated the inhabitants, mainly those from the Fulani community, and killed between 200 to 400 people. Then, the soldiers would have forced some of the fairgrounds present at Moura to dig graves in order to bury or burn the people killed in the context of these operations. Several sources mention the presence of a mass grave on the outskirts of the village.

Read:  Olaf Scholz is officially the new Chancellor of Germany

If these figures are confirmed, it would be the worst massacre caused by the Malian armed forces since the beginning of the war. For the General Staff, “respect for human rights as well as international humanitarian law remains a priority in the conduct of operations”.

Recurring allegations of violence against civilians

But from the start of the siege of Moura, local and international NGOs warned of indiscriminate violence that was underway in the village. Information that has reached the UN Mission in Mali present, not far away, in the Mopti region. The Minusma, for its part, indicated that it was “informed of the confrontations” between the Malian army and extremist groups and acknowledged that it was “very concerned about the allegations of violence” against civilians.

A week after the events, gray areas persist. But in recent months, accusations of abuse have multiplied against the Malian army and the mercenaries of the Wagner group.

The UN Secretary General, Antonio Guterres, recently called on the Malian army and its “bilateral partners”, in a report submitted to the Security Council, to respect their “international obligations” during anti-terrorist operations.

France thus said it was “concerned by the reports of massive abuses in the village of Moura by elements of the Malian armed forces accompanied by Russian mercenaries from the Wagner group, and which would have caused the death of hundreds of civilians”, said a press release from the Quai d’Orsay. It “calls for the rapid opening of national and international investigations to establish responsibility for these acts and bring their perpetrators to justice” and “is concerned about the multiplication of abuses in central Mali since the beginning of 2022 and the impunity in which they take place”.

Read:  War in Ukraine: Brigitte Bardot rants against the "fear in the stomach" of Westerners

French diplomacy finally stresses that “the fight against terrorist groups operating in the Sahel can in no way justify violations of human rights” which “only reinforce these groups”. These statements come in a context where the French anti-jihadist force Barkhane is in the process of withdrawing from Mali after months of deterioration in its relations with Bamako.

In Brussels, the high representative of the European Union Josep Borrell also considered “very worrying” on Monday the information on “the death of hundreds of people in the village of Moura”. “It is essential that the Minusma (UN Mission) can have access to the scene of the events in order to support the transitional authorities in their investigation”, he added. “The exemplary behavior of the State and its security forces, whose primary mandate is to protect civilian populations, cannot suffer from any exceptions. »

“Light must be shed on the conditions of anti-terrorist operations in recent weeks in Mali”, added the President of the European Council Charles Michel, describing as “troubling” the “testimonies on the deaths of hundreds of people”.

Ditto on the side of the US State Department, which had deemed these allegations “extremely disturbing” on Sunday, also citing the Wagner company. “This conflicting information illustrates the urgent need for the Malian transitional authorities to provide free, safe and unhindered access to investigators in the area where these tragic events took place. Jihadist violence has killed dozens of civilians in recent weeks in central-eastern Mali and the so-called three-border region (between Mali, Niger and Burkina Faso), according to Minusma.