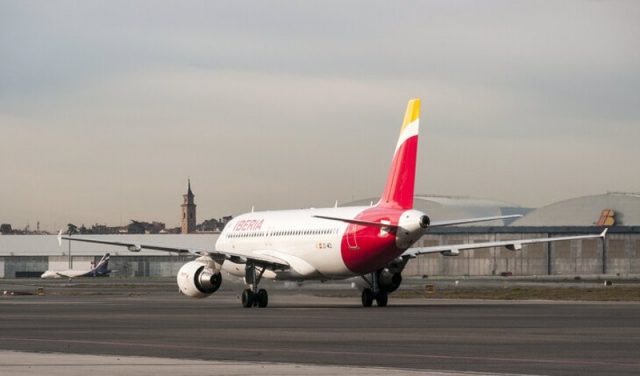 Iberia is celebrating the inauguration of flights to Washington and Dallas, among other new developments. As a commemoration, the company has issued a collection of 20 non-functional tokens (NFTs), which have been offered to the passengers of the new flights to Washington, D.C. and Dallas. to business-class customers at a tokenized price.. In addition, the Spanish airline has recovered the route to San Francisco, increasing from six to nine destinations in the US.

Concretely, these NFTs evoke the early retro-style boarding passes. On the one hand, they refer to the four most emblematic monuments of the U.S. capital: the White House, the Capitol, the Obelisk and the Lincoln Memorial. And, on the other hand, it contains the flight number, the company logo and the seat of each customer, as explained in a statement.

Spanish airline will offer four direct flights a week between Washington-Madrid y Dallas-Madrid until October 29th -Monday, Wednesday, Thursday and Saturday- with the Airbus A330-200 with capacity for 288 passengers. An offer of more than 50,000 seats in the five months of operation, being 19 in ‘business’ and 269 in economy, according to data provided by Iberia.

For Madrid, the USA is the leading non-EU country in terms of tourist arrivals. Therefore, the City Council of the capital has wanted to take advantage of the novelty to make a promotion. Thus, the Airbus A330/200 is vinilado with the main tourist attractions. madrileños such as the Puerta de Alcalá, the Retiro Park, the Royal Palace and the statue of the Bear and the Strawberry Tree, according to the airline.

Read:  Fiber optics is spreading throughout Spain and there are now more than 13.2 million lines

Another of the novelties for this summer is the San Francisco routewhich had to be interrupted due to the pandemic. Until September 30, the following have been scheduled three weekly frequencies -Monday, Wednesday and Friday- departing at 12:20 with Airbus 330/200.

With all this, Iberia is making a strong commitment to the U.S. from five to eight destinations this vacation season, the airline said. In addition, it has increased its capacity with up to 14 flights a week. Madrid-New Yorkwhich are in addition to LEVEL’s daily flight from Barcelona; 14 other flights with Miami; Chicago will have seven flights; Boston will fly daily in July and August; and Los Angeles up to five weekly frequencies -from Madrid- and another four LEVEL frequencies -from Barcelona-.

As a latest development, the company has released. new uniforms and an onboard experience. which can be enjoyed from the first Washington-Madrid flight. The designer, Teresa Helbigwas the first woman to create uniforms made up of elegant and comfortable garments in shades of blue, red, yellow and ecru, which embody Iberia’s values: vanguard, proximity, vitality, excellence and dedication to service.

It has also renewed its gastronomic proposal by the hand of the. catering supplier DO & COIberia has introduced a new menu, focusing on high quality raw materials, local seasonal products, and the richness of Spanish gastronomy, according to the airline. In addition, Iberia has introduced a new “digital concierge” service through its website with information on the menus to be offered on each flight. Similarly, the in-flight entertainment system has been enriched with more than 160 movies, another 480 series, documentaries and master classes, and more than 230 music options.

As a finishing touch, the following will be offered free courier service for Iberia Plus customers and Business Cabin travelersvia WhatsApp, Telegram, Messenger or Facebook Messenger, as well as sending emails without attachments.