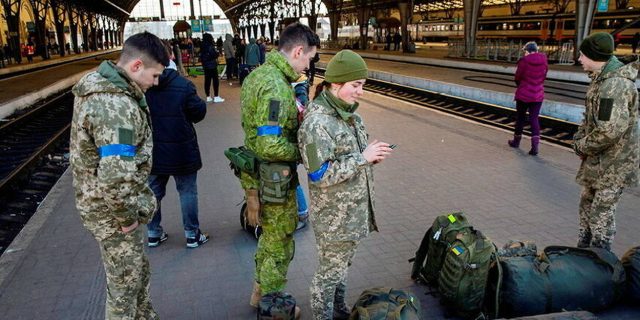 AT Barely an hour’s drive from Poland, Yavoriv had so far looked like a rear garrison town. Checkpoints, steel anti-tank hedgehogs, harrows on the roads and sandbags to protect public buildings. The war boiled down to a noria of trucks bringing humanitarian aid to the cities of the East and to this parade of crowded buses taking the refugees out of the country. Under gigantic yellow and blue flags deployed in the streets as for a national holiday, only a few elderly women and joyful teenagers walked. Men aged 18 to 60 were enlisted to patrol the city or to go to the front.