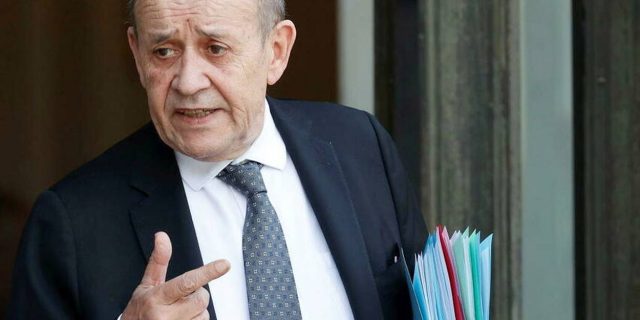 IFrance will release aid of 300 million euros for Ukraine, which has been facing an attack from Russia since February 24. Thursday, March 17, the head of French diplomacy Jean-Yves Le Drian confirmed, during an interview with his counterpart Dmytro Kouleba, the release of this envelope in the coming days, in accordance with “the commitment made” by the president. Emmanuel Macron with his counterpart Volodymyr Zelensky.

France is also delivering defense equipment and fuel support to Ukrainian forces. Ukraine enjoys massive support from the United States and other NATO member countries. Washington thus announced a military envelope of one billion dollars in one week. Jean-Yves Le Drian also pledged to “continue the efforts (of France) at European level to increase the cost for Russia of the continuation of its military operations”.

Read:  IPCC report on the climate: we must act massively so that it is not definitively too late

Jean-Yves Le Drian also mentioned the “importance” of the discussions initiated under the aegis of the International Atomic Energy Agency (IAEA) concerning the security and safety of civil nuclear installations in Ukraine. Ukraine has accused the Russian army of having twice cut the power supply to the Chernobyl nuclear site and of having exploded munitions near a reactor in Zaporozhya, two power plants being under Moscow control. The old power station, scene of the most serious civil nuclear disaster in 1986, still needs energy to ensure the safety of the fuel assemblies stored on site. Russian tanks fired on March 4 at the Zaporozhya power plant, causing a fire and raising fears of a disaster.