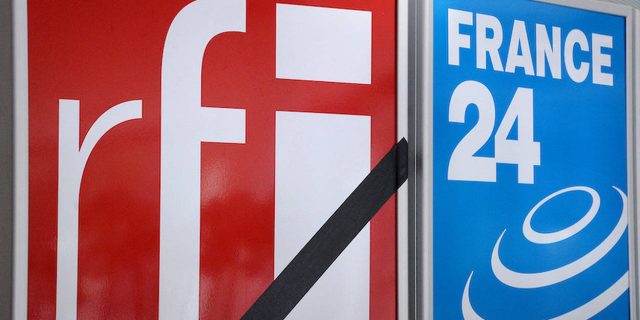 Ihe reactions were strong on Thursday March 17 after the official announcement of the decision of the Malian Ministry of Territorial Administration to initiate a procedure with a view to suspending the international radio station RFI and the television channel France 24, both members of the France group. World Media (FMM). The reason ? The Malian junta accuses the two French media of publishing information according to which the FAMa, the Malian armed forces, are involved in abuses against civilians. In recent weeks, several media and international organizations have published investigations, reports and testimonies on violence committed by the Malian army and the paramilitaries of the Russian private company Wagner against civilians, in the context of clashes with jihadist groups.

For French President Emmanuel Macron, this decision is “the sign of a race forward towards the worst” for the Sahelian country. “I condemn in the strongest terms a decision totally contrary to the values ​​that the Malian people and Mali have carried since its independence,” declared the Head of State during a press conference in the Paris region.

The work of the media and NGOs pointed out

In a press release dated Wednesday and published Thursday morning, the government spokesman, Colonel Abdoulaye Maïga, “categorically rejects these false allegations against the valiant FAMa”, the Malian armed forces. The government “undertakes a procedure […] to suspend until further notice the broadcasting of RFI […] and France 24”, announces the text.

To justify its decision, the Malian government refers to a report broadcast on March 14 and 15 by RFI, in which the radio gave the floor to presumed victims of abuses allegedly committed by the Malian army and the group of Russian private security Wagner. The press release also castigates a statement by Michèle Bachelet, the United Nations High Commissioner for Human Rights, on March 8, denouncing “violations of international law, human rights and humanitarian law” in Mali.

Other media like The world have also made public their work of investigations into these abuses. For Bamako, this “media hype” represents a “skillfully premeditated strategy, aimed at destabilizing the transition, demoralizing the Malian people and discrediting the valiant FAMa”.

Read:  Good plan news This ergonomic office chair is on sale for only 119 $

Colonel Maïga even believes that “the actions of RFI and France 24” resemble “the practices and the infamous role of radio Mille Collines”, which had encouraged the genocide in Rwanda in 1994.

Mali also deplores a report by the NGO Human Rights Watch (HRW) published on March 15 which denounced a “wave of executions of civilians” by the Malian army and jihadists in central and southwestern Mali. . This report mentioned “at least 107 civilian deaths” since December. According to HRW, these abuses were allegedly committed by the FAMa in retaliation for military losses inflicted by jihadist groups in various incidents. Malian security forces, hundreds of whose members have been killed in Mali since the unrest began in 2012, are regularly accused of abuses.

The junta that came to power by force in 2020 systematically rejects these accusations and repeats that the FAMa “respects human rights”. In his press release, Colonel Maïga adds that the government “prohibits” the Malian media “the rebroadcast and/or publication of programs and press articles from RFI and France 24”. The Malian media abundantly pass on the information of these media.

Foreign media in the crosshairs?

In any case, such a suspension of two major foreign news media has no recent precedent in Mali, plunged since 2012 into a serious security and political crisis. RFI and France 24, which closely cover African news, are widely followed in Mali and throughout French-speaking Africa. According to France Média Monde, the two media are “followed each week by more than a third of the population” of Mali. In fact, the Malian junta has in recent months signaled its intention to exercise stricter control over foreign media. On February 8, Bamako had expelled a special envoy from the French media Young Africa.

The Malian decision to sanction RFI and France 24, two French public media, comes in a context of hostility vis-à-vis France, the former colonial power, whose ambassador was expelled at the end of January. On February 18, Paris announced its military withdrawal from Mali after nine years of anti-jihadist struggle, pushed out by the “obstructions” of the Malian junta.

A context of hostility

In a press release, France Médias Monde, parent company of RFI and France 24, “deplores” the Malian decision and “strongly protests against the unfounded accusations”. The French company “will study all avenues of appeal so that such a decision is not implemented”.

In Paris, the Ministry of Foreign Affairs reacted strongly: “France deplores the announcement made by the Malian authorities to initiate a procedure to suspend the broadcasting of RFI and France 24, as well as the restrictions imposed on all Malian media. These measures constitute serious attacks on the freedom of the press. France firmly condemns, out of respect for the memory of the victims of the Tutsi genocide in Rwanda, the unacceptable and irresponsible amalgamation made by the transitional authorities with Radio Mille Collines, in their official press release of March 16, 2022. France reaffirms its constant and determined commitment to press freedom, freedom of expression and the protection of journalists and all those whose expression contributes to free and plural information and to public debate, everywhere in the world. It also expresses its concern at the serious allegations of abuses allegedly committed in the center of the country, which have been independently documented, and which cannot be ignored. »

⚡️#Mali����: RSF strongly condemns the suspension of @RFI and @FRANCE 24 ordered by the ruling junta. This is an attack on freedom and independence of information that will deprive Malians of important media and will only further ostracize the country. pic.twitter.com/wWh0stw04H

In Europe too, this announcement is reacting, a spokesperson for the diplomacy of the European Union, Nabila Massrali, considered the decision of Bamako “unacceptable”, evoking “unfounded accusations”.

Thursday at midday, RFI had ceased its broadcasts, but France 24 continued to broadcast, according to AFP correspondents.