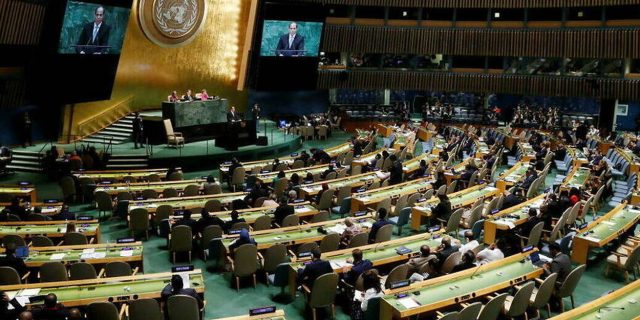 IRussia has given up holding a vote in the UN Security Council on Friday on a resolution related to the war in Ukraine, for lack of support from its closest allies, diplomats told Agence France-Presse on Thursday. “They called for co-sponsorship” for their text, which they said focused on humanitarian work “and there was no return,” said an ambassador, on condition of anonymity, suggesting that neither neither China nor India supported the controversial Russian initiative and would not have voted in favor of it.

Russia confirmed its renunciation on Thursday during an emergency meeting of the Security Council that the West had demanded. “We have decided not to ask for a vote” on this resolution on Friday, the Russian ambassador to the UN, Vassily Nebenzia, told the Security Council, without looking at his counterparts, his eye riveted on his text. .

Previously, Russia had suffered a backlash from several members of the Security Council over its initiative for a humanitarian text “condemning attacks on civilians” and calling for protection of civilians to guarantee their departure from Ukrainian cities.

It is “the biggest hypocrisy, the size of Russia”, and it “should be in the Guinness Book of Records”, launched the Albanian ambassador, Ferit Hoxha. The war has made “three million refugees in three weeks”, the equivalent of the population of the whole of Albania, he underlined. “His British counterpart, Barbara Woodward, denounced a “perverse” initiative. What a “cynical game in the face of extreme human suffering”, protested the diplomat.