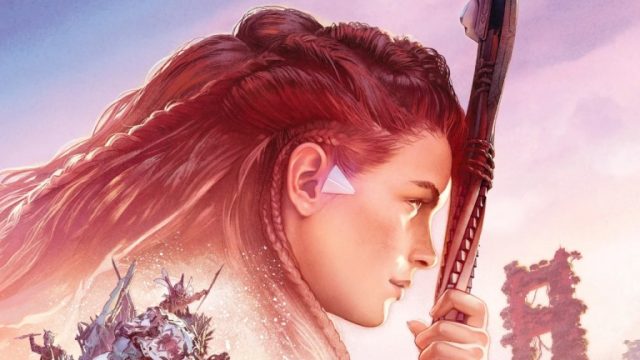 Game News Horizon Forbidden West: 5 things to know absolutely before the release of the exclusive PS4 and PS5

The release of Horizon Forbidden West, a direct sequel to Horizon Zero Dawn, is coming soon – February 18, 2022 – and after the release of our test (19/20 as far as we’re concerned), it’s time to do one last information you absolutely need to know to prepare for this event. Between the different prices, PS4 and PS5 upgrades and new features, here is a concise and complete summary of what you need to know.

You must have heard of it: in a few days – Friday February 18, 2022 to be precise – Horizon Forbidden West will finally land on PS4 and PS5. It’s the direct sequel to Horizon Zero Dawn, released in 2017 as a PlayStation 4 exclusive. Five years and a next-gen console later, the Guerrilla studio intends to improve its formula on all points : a larger and richer open world, even more engaging fights, better-crafted storytelling and staging. Suffice to say that the title looks really mastered and successful. And if you ever plan to get your hands on it, here’s the info you need to know.

WHAT IS HORIZON FORBIDDEN WEST EXACTLY?

Horizon Forbidden West open world action adventure game, direct sequel to Horizon Zero Dawn. Only Six months separate the end of the first episode and the beginning of this sequel. A time that the heroine – Aloy – used to overcome Hades, a large computer virus capable of destroying all life on earth. Or rather try to overcome it. She already thought she had done it at the end of Horizon Zero Dawn, but it was without counting on the plans of Sylens, a wandering researcher from the previous opus. The man seems to want to use the entity for still mysterious purposes. But time is running out: storms and a mysterious red plant, which attacks crops and animals, have appeared. Aloy will have to go to the forbidden West to find a solution.

WHICH VERSION FOR WHICH PRICE? UPGRADE PS4 / PS5?

Horizon Forbidden West will be released on the PlayStation Store at $69.99 for the PS4 version, $79.99 for the PS5 version, and $89.99 for the Deluxe digital edition, which includes both the game on both media plus the soundtrack, artbooks / comics and bonus items to use in the middle of the game. But there is a little trick, which we recently told you about in a dedicated news item. Since Horizon Forbidden West’s PS4 to PS5 upgrade is free, you can buy the “old gen” version directly to save money (about ten euros). Sony had also taken a few days before formalizing the thing, he who had promised that these upgrades would be free. On the other hand, Horizon Forbidden West will be the last cross-gen PlayStation exclusive to benefit from such an advantage. For God of War or Gran Turismo 7, you will have to go back to checkout.

DO WE ALREADY KNOW THE LIFETIME OF THE TITLE?

In any case, the purchase of a triple-A requires a certain budget which must be “profitable” by a more or less substantial lifespan. So, as we tell you in our test of the game, it will take you 20 hours to complete the main quest in a straight line, double that to complete all the side quests and something like 60 hours to achieve a 100%. A lifespan comparable to Horizon Zero Dawn, and for good reason: the playground of the new opus is “slightly larger” than that of its predecessor. The whole thing might not seem huge, and it is clearly less than titles like Zelda: Breath of the Wild or Assassin’s Creed: Valhalla. But the world of Horizon Forbidden West is so dense and carefully designed that it will make you forget this detail. like an incredible journey.

IS IT RECOMMENDED IF I HAVE NOT DONE THE FIRST EPISODE?

For now, hard to say. As we told you at the beginning of this article, only six months separate the events of Horizon Forbidden West and those of Horizon Zero Dawn. Which means that there is an obvious narrative link between the two games. It is therefore certain: those who played the first episode will have a better understanding of the universe and the challenges of this sequel. Especially since the scenario of Guerrilla Games can quickly become complex, based on computer viruses and sub-programs in order to save the world. Concretely, after our test, it’s true: a lot of details will escape players who have not done the first episode. This does not mean that they will be completely dropped. In Horizon Forbidden West, before starting the game, a short video summarizes the story and the stakes of Zero Dawn.

Read:  Call of Duty Vanguard: Maps, free equipment, Valentine's Day… All you need to know about Season 2 of Activision's FPS

CAN I PRE-ORDER WITH EYES CLOSED?

Now that the tests of Horizon Forbidden West have fallen, we can see that the biggest criticism made of the title of Guerrilla is the following: it does not ultimately include so many new features compared to Zero Dawn. A criticism that can be made in particular with regard to the weapons – there are only a few new ones – but also with regard to the points of interest, which are based a lot on the first episode (ruins, Crucibles, villages). So inevitably, if you spent 100 hours a few days ago on Zero Dawn, you will feel the redundancy. Corn these “rehearsals” are here so effective and sublimated that it is difficult to blame Guerrilla. Alongside weapons, there’s a new skill tree with a bunch of new techniques, not to mention improved exploration, or fleshed out staging. The title is really great.