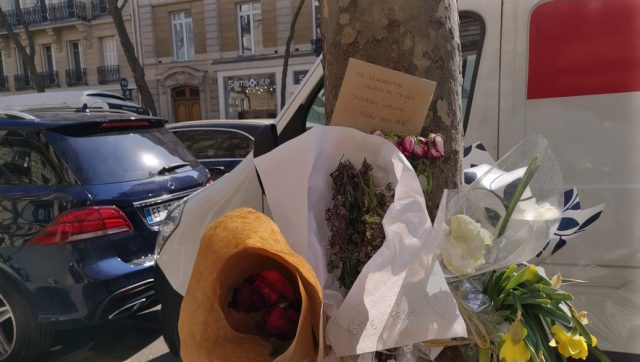 Federico Martin Aramburu is buried this Saturday March 26 in Biarritz. the 42-year-old was murdered after an altercation in Paris.

The Basque Country and the world of rugby pay a last tribute to Federico Martin Aramburu, 42, ex-Argentinian rugby international and ex-Biarritz Olympique player shot dead after an altercation in a bar in Paris, whose funeral is celebrated this Saturday, March 26 afternoon in Biarritz.

A flag of Argentina and the portrait of the ex-international (22 selections), twice crowned champion of France with Biarritz Olympique (2005, 2006), were drawn up Saturday morning on the balcony of the town hall. A large screen that will broadcast the ceremony has also been installed on the seafront facing Sainte-Eugénie churchwhere a large crowd is expected for the funeral scheduled for 2 p.m.

A minute of applause before the matches

A minute of applause must also be dedicated to him on all the matches of the Top 14 of the weekend, announced the League, while the players of the Biarritz Olympique will wear a t-shirt bearing the portrait of Aramburu during their warm-up and entry on the lawn of Montpellier, where they move on Saturday during the 21st day. At the end of the afternoon, a moment of private meditation must take place in a lounge at the Biarritz Olympique stadium, which can accommodate up to 600 people.

Read:  Ukraine: Transnistria, martial law in Russia, the risk of escalation of the conflict raises fears of a long-term war

The soundtrack plans another tribute on April 2 for the reception of Pau. Federico Martin Aramburu was shot dead on March 19 in the early morning after an altercation in a bar-restaurant in the center of Paris, where he was to attend the France-England rugby match the same evening. He died on the spot as a result of his injuries. Two militants from an ultra-right group are suspected of having shot him.

Aramburu had played at Usap in Perpignan

One was indicted for “assassination” and imprisoned and the other, the main suspect, must soon be handed over to the French authorities after being arrested this week in Hungary. A young woman, suspected of “complicity in murder”, was also imprisoned. Since his retirement from sport, Aramburu, who had also worn the colors of Perpignan and Dax, had remained living with his family in the Basque Country and had founded a tourism business.

Read:  Who is Viktor Medvedchuk, this pro-Russian Ukrainian, close to Vladimir Putin, arrested on Tuesday?