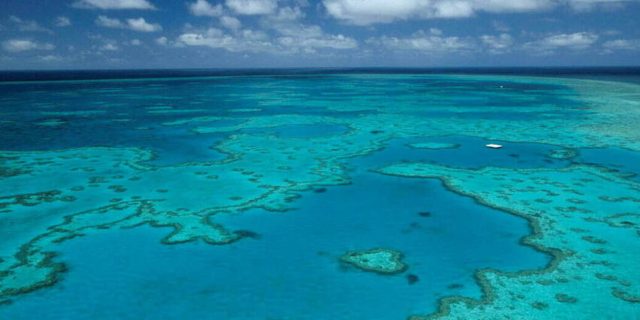 Iaustralia’s Great Barrier Reef is experiencing widespread bleaching, the fourth since 2016, caused by above-average ocean temperatures. Aerial surveillance flights have found coral discoloration at multiple reefs. These suffered despite a phenomenon of cooling in the austral summer by La Niña.

This phenomenon of decline, which results in discoloration, is caused by the rise in water temperature – a consequence of global warming – which leads to the expulsion of the symbiotic algae giving the coral its bright color. Although bleached corals are under stress, they can still recover if conditions improve. The weather conditions for the next two weeks will be crucial in determining the extent and severity of coral bleaching in the Marine Park.

The “ghostly” white of coral

The study into this vast bleaching phenomenon was published four days after the United Nations began inspecting the Great Barrier Reef to assess whether the World Heritage-listed site is protected from climate change. “The beloved bright colors of the Great Barrier Reef are being replaced by a ghostly white,” said Greenpeace Australia campaigner Martin Zavan. He urged the government to show the areas affected by this phenomenon to the UN mission which is currently inspecting the reef rather than the scenic areas which have not been affected.

The UNESCO mission aims to assess whether the Australian government is doing enough to address threats to the Great Barrier Reef, including climate change, before the World Heritage Commission decides in June whether to classify it as “at risk”. Last July, the World Heritage Commission decided not to classify the site as “in danger”, to the surprise of many observers and against the recommendation of Unesco. Australia launched a billion-dollar Reef 2050 protection plan after the United Nations threatened in 2015 to downgrade the site.