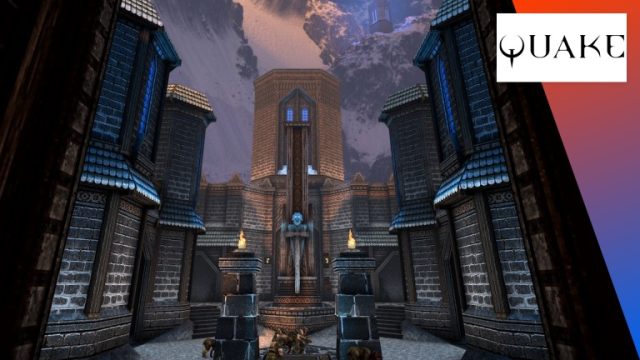 Twenty-five years old, and still cult, Quake has continued to expand its content since its return to recent consoles. An update adds a Horde mode created by MachineGames.

Available on Nintendo Switch, on PS5, on PS4, on Xbox Series, on Xbox One and of course on PC, Quake is back in style with its recent updates. This time it’s a new mode that adds to the substantial content of the legendary game.

MachineGames, the studio behind modern Wolfensteins, created this new game mode in Quake, called Horde. This is a co-op mode for one to four players (you can also play with bots). It’s about a PvE experience classic, where you will need to survive waves of enemies more and more difficult to beat. We score points by killing enemies, with a bonus in case of series of kills. Team progress is reset if all players are dead. The third wave will give you a boss fight, which will allow you to unlock better equipment. After the ninth wave you can leave, or continue to fight. Finally, the monsters have a chance to drop items and powerups. Four different maps are available for this mode, created for this one. The mode is playable at several difficulty levels.

An add-on for the single player campaign

a add-on called Honey, created by Christian Grawert (level designer at MachineGames) as a mod several years ago, is officially added to Quake. Available for single player mode, this add-on plunges you into darkness in order to defeat a deadly plague that infects the land. Bethesda Offers Players Who Want To Learn More To Read interview with Christian Grawert who tells about his experience of modding on Quake and talks about this Honey add-on.

To know all the additions and fixes of the update, go to the Bethesda patchnote. This update is already available on Quake, on all current platforms.