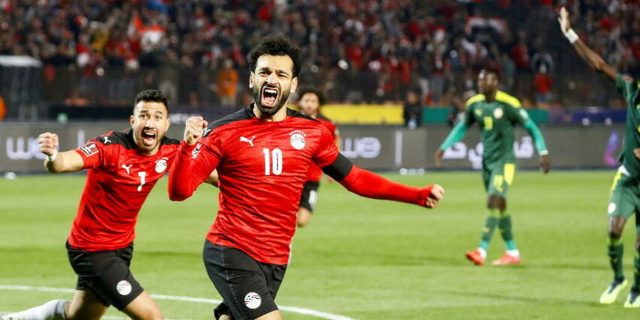 IThe matches follow each other but are not alike. The confrontations for the qualification for the World Cup which will take place in Qatar delivered their first verdicts at the end of the first leg play-off matches. While Algeria went to beat Cameroon at the Japoma stadium in Douala, which had failed them at all during the African Cup of Nations, a team from the Mashreq, Egypt, and two from the Maghreb, Tunisia and Morocco, managed to do well on March 25.

In Cairo, Egypt beat Senegal 1-0, a victory that sounds like a revenge for the final of the African Cup of Nations won by the Senegalese in early February. This new duel between the two Liverpool stars, Mohamed Salah and Sadio Mané, therefore turned to the advantage of the first, whose shot was deflected against his camp by Saliou Ciss from the 4thand minute. The return match will take place on Tuesday in Diamniadio, near Dakar.

Read:  War in Ukraine: "Cutting the cord", the editorial by Jean-Michel Servant

Mali bends at home to Tunisia

Mali, which has never played in the World Cup, was weighed down by the nightmare of former Parisian “Titi” Moussa Sissako: a terrible own goal followed by an exclusion in the position of last defender. For his third selection, the player trained at Paris Saint-Germain first scored with a far too strong back pass, when he was not even in danger (36and). Barely time to be comforted by his teammates that he saw red (40and) for a last defender foul on Saïfeddine Jaziri.

Morocco neutralizes the DRC in Kinshasa

Morocco did not win on the road, but brought back a promising draw against DR Congo (1-1). Led from the 12and minute on a wrapped strike from the ex-Lorient Yoane Wissa, diverted by the head of Romain Saïss, the players of Vahid Halilhodzic equalized on a recovery from Tarik Tissoudali (76and) and are on waivers before the return match on Tuesday. Long unrecognizable, the Moroccans missed a first opportunity to equalize when Ryan Mmaee completely missed his penalty, with a run interrupted before striking clearly above (55and). The DRC of Hector Cuper had several balls of 2-0, by the Marseillais Cédric Bakambu (30and70and), unfortunate, author of the hand on the penalty, the scorer Wissa (48and) or Dieumerci Mbokani (72and). Morocco equalized on a counter following a save by goalkeeper Yassine Bounou in front of Ben Malango. Discouraged, the Congolese finished at ten after the exclusion of Muzinga Ngonga for a foul on Achraf Hakimi (85and).

Read:  A Ukrainian family housed in Nîmes returns to look for their loved ones

Overall, the Maghreb (Morocco, Algeria, Tunisia) took the advantage over sub-Saharan Africa (DRC, Cameroon, Mali), the Mashreq by Egypt dominated Senegal, and the English-speaking barrage, Ghana and Nigeria, are neutralized in Kumasi, in the former Gold Coast.