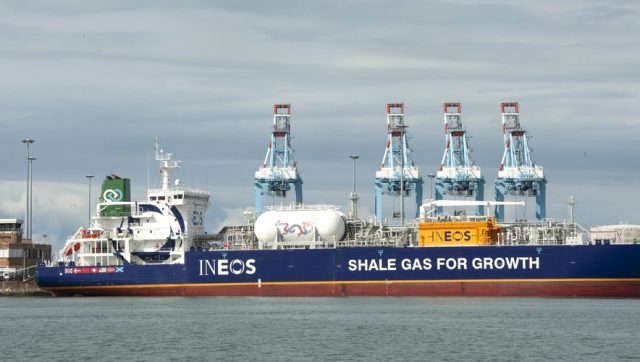 The specter of shale gas, banned in France since 2011, is making a comeback with exports from the United States to the European Union in favor of the war in Ukraine.

Banned in France since 2011, the exploitation of shale gas by hydraulic fracturing is back in the news thanks to the war in Ukraine. Determined to free itself from Russian gas, the European Union is looking for alternative solutions.

Get out of dependence on Russian gas

A working group dedicated to reducing Europe’s dependence on Russian hydrocarbons was created following the European summit on Friday 25 March. In addition to energy savings, the diversification of suppliers, it has been decided that the European Commission will be able to make joint purchases of gas. The United States undertakes to supply an additional 15 billion cubic meters of liquefied natural gas to Europe. The Americans could thus become the world’s leading exporters ahead of Qatar and Australia. Exploited thanks to hydraulic fracturing, the gas makes it possible to raise the United States to the first rank of exporters of this fossil energy.

Le Parisien recalls that in 2020, Engie had given up importing American shale gas under pressure from the state shareholder. This has not been the case since September 2021, reports La Dépêche. “Produced in Texas, the gas is transported by boat and landed in the Grand-Port-Maritime of Nantes-Saint-Nazaire and its gas terminal in Montoir-de-Bretagne (Loire-Atlantique) and from Spain, in Barcelona. ” The Friends of the Earth association had denounced the signing of a contract signed between Engie and the American Cheniere Energy. This contract called Mustang provides for the purchase of a hundred liquefied gas cargo ships until 2032. A juicy agreement which is around 1.6 billion euros which would have been signed by the group’s management without going through the administration according to a survey by Le Monde.

Despite everything, the EU is trying to find other solutions with other suppliers such as Norway and Algeria.

Hydraulic fracturing consists of cracking the rock by injecting a fluid at very high pressure. This process presents risks for the environment (source Geo):

France banned this process by the law of July 13, 2011: “The exploration and exploitation of liquid or gaseous hydrocarbon mines by drilling followed by hydraulic fracturing of the rock are prohibited on national territory”.

However, the legislation does not prohibit importing this gas into France, even if it is extracted by hydraulic fracturing, as is the case in the United States.