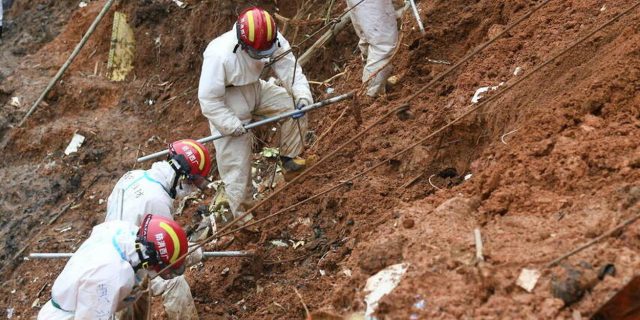 Ihe second flight recorder from the Boeing 737-800, which crashed in China with 132 people on board and no one survived, has been recovered. The plane, which linked the Chinese cities of Kunming (Southwest) and Canton (South), had disintegrated on a wooded hill in Wuzhou (South), in Guangxi province, after falling several kilometers in a few minutes Friday, March 25.

The causes of the disaster, which killed 123 passengers and nine crew members, are not yet known. All the people on board were of Chinese nationality. A first flight recorder, which contains conversations in the cockpit, was found on Wednesday and sent to Beijing to be decoded. Its analysis should still take several days. This recorder contains flight data, such as speed, altitude and heading.

The two black boxes of the plane now recovered, the investigators should obtain within a few days or weeks the first elements of response on the causes of the accident. After confirming the identities of almost all of the victims through DNA tests, the Chinese Civil Aviation Administration (CAAC) confirmed on Saturday evening that all of the people on board the aircraft had died. Hundreds of firefighters, rescuers, doctors, investigators, volunteers and political leaders remain mobilized at the scene of the tragedy to recover the wreckage of the plane, human remains and continue the investigation.