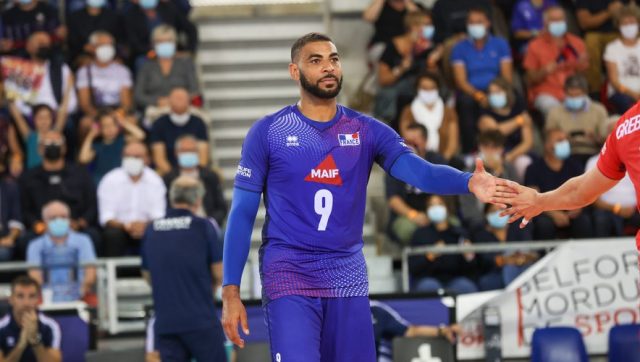 The French volleyball team, Olympic champion, will not participate in the 2022 World Cup scheduled for next summer if it were to be maintained in Russia, the French Federation announced on Saturday.

The International Federation (FIVB) has not yet commented on the maintenance of this competition or on its relocation.

“The safety of our fellow citizens is our priority and we will do everything we can to guarantee it during national or international competitions. In this context and at this stage, France will not participate in the world championship if its organization is maintained in Russia. “, said the president of the FFV, Eric Tanguy, in a press release.

Ngapeth: “Without me thank you”

In addition, the federation has decided to cancel any travel by French teams for European Cup matches which would take place in Ukraine and Russia. Poland, a country bordering Russia, Belarus and Ukraine in particular, has asked to withdraw the organization of the 2022 World Cup from Russia, which is due to start on August 26.

Read:  In London, the “alley of the billionaires” seeks Russian owners

“Without me thank you,” tweeted world volleyball star and reigning Olympic champion Earvin Ngapeth on Friday, reacting to a press article which explained that the FIVB intended to maintain the 2022 World Cup in Russia.

The 2022 Volleyball World Cup was awarded in November 2018 to Russia, when Russian sport had just emerged from a first round of sanctions due to a vast institutionalized doping scandal between 2011 and 2015, particularly at the Games. 2014 Sochi Winter Olympics.