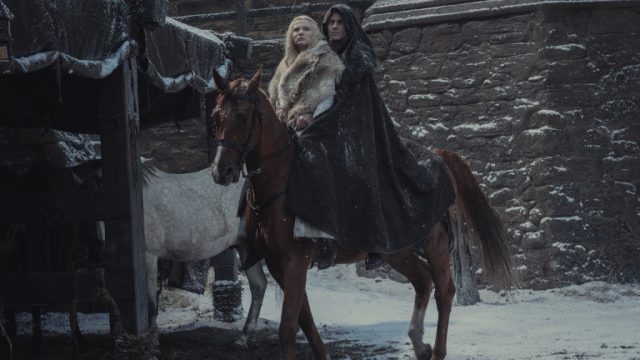 news culture The Witcher on Netflix: A character very popular with fans in season 3?

The series The Witcher broadcast on Netflix has signed for a third season, which could welcome new characters, including one of the most appreciated by fans of the saga.

The Witcher, a world, characters apart

Anyone who has spent hours in the world of The Witcher 3 may not have appreciated all the gameplay elements, but cannot deny the richness and quality of its unique universe, in addition to the charisma of its characters. In this regard, the role-playing game based on the books of Andrzej Sapkowski has nothing to envy to its source of inspiration. How many players were sensitive to the career of Geralt de Riv, or that of Yennefer de Vengerberg and how many were delighted to find them in the series launched by the Netflix platform at the end of 2019? While the second season found its way to our small screens last December, an already announced third season is being unveiled sparingly, while new information points to the introduction of a much-loved character in the adaptation broadcast on Netflix.

Marylebone, who are you?

Currently in pre-production, it looks like this third season will see the character of Milva, also known as Maria Barring, make her way into the television series. At least that’s what seems to come out of the fourth episode of season 2, suggesting that Milva would be a recurring character, who would appear alongside Geralt on several occasions. The casting aimed at recruiting the actress who could take on this role has been concealed behind the code name “Marylebone”, a character whose description is as follows: “Marylebone possesses not only a razor-sharp mind, but also a swift blade. Her age belies her experience, as she was forced to mature quickly and learn to survive in a cruel world.” If this description omits some characteristics of Milva’s character, it is still likely that it is her. This would be all the more significant since this young woman, however important in the saga, has not been shown “in the flesh” in any of the games of the license. It would be a fair return, which we may discover when season 3 of The Witcher series arrives, on a date yet to be announced.

Read:  In her Christmas message, Elizabeth II shares her grief over losing Philip