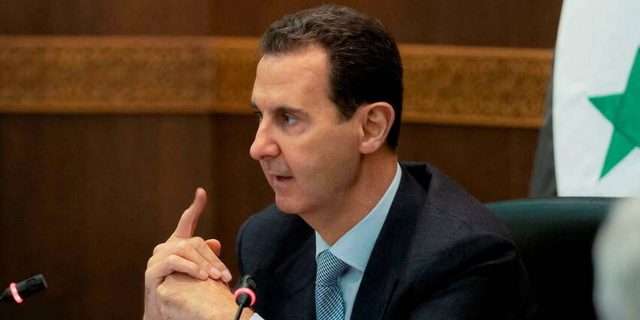 ISyrian President Bashar al-Assad promulgated a law on Monday (March 28th) providing for a six-month prison sentence for Syrians residing in the country who disseminate information “harming the prestige” of the state. Under the previous law, only Syrians residing abroad could so far be sentenced to prison terms, likely in absentia, for disseminating information deemed harmful to the state.

“Every Syrian who publishes false information or exaggerated information that damages the prestige […] of the state will be imprisoned for at least six months,” said a statement issued by the Syrian Presidency. The same penalty will be applicable for any Syrian who “publishes information likely to improve the reputation of an enemy state”, added the presidency, without specifying which countries it was.

Syrians have feared persecution for decades for criticizing the state

The new law also introduced a one-year prison sentence for “any Syrian who, in writing or verbally, has called for the cession of Syrian territory”, according to the statement. Syrians have for decades feared persecution for criticizing the state. “People across the country live in fear of being arrested for speaking their mind, or for belonging to a dissident political party, reporting or defending human rights,” said this month. the United Nations Human Rights Council.

This latest move follows months of growing dissatisfaction with the Syrian authorities in the face of a growing economic crisis. Living conditions in areas controlled by the Syrian regime are further deteriorating due to food and energy inflation exacerbated by Russia’s invasion of Ukraine. The complex war in Syria, a fragmented country where different protagonists intervene, has claimed around 500,000 lives since 2011.