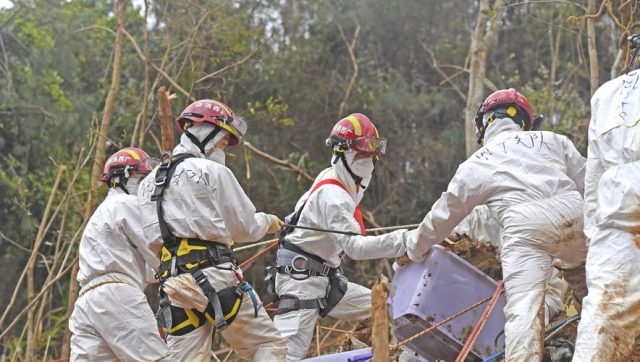 Chinese rescue services on Sunday found the second black box of the China Eastern Airlines plane that crashed in the mountains of southern China on Monday, state media reported.

This flight, operated on a Boeing 737-800, which was carrying 132 people – 123 passengers and nine crew members – was operating between the cities of Kunming and Guangzhou when it suddenly dropped from its cruising altitude before s crush and disintegrate almost completely due to the violence of the impact.

There was little hope of finding survivors. At a late night press conference from Saturday to Sunday, authorities announced that everyone on board, including nine crew members, had been confirmed dead. China is investigating the causes of the accident. The United States was invited to participate in the investigations, the Boeing 737-800 having been designed and manufactured in this country.

Read:  Ghostwire Tokyo: The game from the creator of Resident Evil is not about to arrive on Xbox