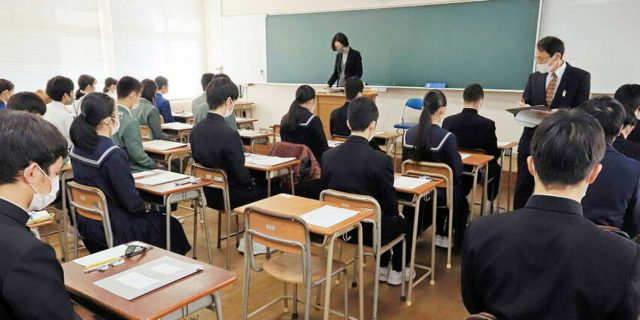 VSRaven black hair (to be dyed if not naturally), of a length not to be exceeded, asymmetrical cut prohibited, white socks without a pattern and white underwear, trimmed eyebrows, scarves and gloves banned even in winter: the regulations in force in public and private middle and high schools in Japan leave anyone questioning their validity to say the least perplexed. However, it was not until the start of the school year in April 2022 (next month) that the Tokyo municipality decided to remove these “opaque rules” (“burakku kosoku”) which regulate school discipline in some of the capital’s public establishments.

But the fight for parents and students is far from over, because many high schools and colleges in the archipelago,…