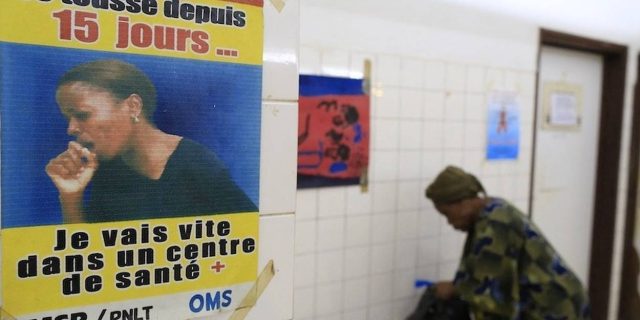 In March 24, World Tuberculosis Day. This date marks the day of the discovery in 1882, by Dr. Robert Koch, of the bacterium responsible for tuberculosis, thus opening the way to the diagnosis and cure of this disease. Time passes. Tuberculosis resists. It is even gaining ground, according to the World Health Organization (WHO). For the first time in ten years, the number of deaths has increased due to a sharp upsurge in undiagnosed and untreated cases. Tuberculosis remains the deadliest infection in the world, excluding Covid-19, with 1.5 million deaths (including 400,000 people co-infected with HIV/AIDS). Part of the problem also lies in the under-diagnosis of the disease. Worldwide, 4.1 million people have TB but are undiagnosed, 1.2 million more than in 2019.

The Covid-19 pandemic, which has complicated access to healthcare centres, is responsible for this worsening of the situation in the world and in particular in sub-Saharan Africa. In addition, the fight against Covid-19 has siphoned off the majority of countries’ health resources. “The Covid-19 pandemic has caused a setback in terms of tuberculosis diagnosis with overcrowded hospitals and diverted tuberculosis screening centers for Covid-19. There is a real suspicion of an increase in cases”, comments Isabelle Saves, head of international cooperation at the Institute of Pharmacology and Structural Biology (IPBS), on the occasion of the 6and World Forum on Tuberculosis, organized in Toulouse at the end of February. On the continent, Nigeria and South Africa, but also the Democratic Republic of Congo, Ethiopia, Kenya, Tanzania and Angola are among the most affected countries.

Tuberculosis remains the leading cause of death among people living with HIV and is a major driver of antimicrobial resistance. “In the face of the catastrophic repercussions of Covid-19 on the fight against HIV, tuberculosis and malaria, there is no doubt: either we increase funding or we abandon all hope of ending these epidemics, by 2030,” said Peter Sands, executive director of the Global Fund to Fight AIDS, Tuberculosis and Malaria. From the start of the Covid crisis, the WHO had expressed concerns about its negative impacts on the management of the fight against other diseases, particularly in sub-Saharan Africa.

However, decades of efforts to control TB have not been in vain. They have even benefited the fight against the Covid pandemic, thanks to the investments made for several years in health centers, laboratories, diagnostic equipment, surveillance systems, underlines the Global Fund.

“TB is a global public health emergency. We must find new treatments and new vaccines,” said Dr. Olivier Neyrolles, researcher at the CNRS, director of the IPBS, during the Forum, relates the CNRS website. The city of Toulouse had been selected for this edition, scheduled for 2021, to mark the centenary of the only tuberculosis vaccine, BCG, discovered by the French Albert Calmette and Camille Guérin and administered for the first time in 1921. Very effective in child, BCG proves to be much less protective against the pulmonary form of tuberculosis in adults. Certainly less lethal, this form of tuberculosis is also more contagious since it is spread by aerosol, like Covid. For these reasons, the transmission of the disease occurs mainly within the family environment and in the workplace.

“Let’s end TB in the workplace”

“Companies have a role to play, says Erik Maville, head of the Santé en Entreprise Afrique association, during the webinar organized by the association on the theme “Let’s put an end to tuberculosis in the workplace. “. “One in two cases results from contamination in the workplace. Additionally, this disease can threaten a company’s business by disrupting supply and production chains,” he said.

The chocolate producer Cémoi in Côte d’Ivoire is committed to the fight against tuberculosis. “Medical visits, on hiring or annually, are a way of detecting the disease and positive cases are taken care of”, explains Professor Barthélemy Wognin, occupational physician with Cémoi. The “health caravan” operation carried out in March 2021 enabled Cémoi and its subcontractors to raise awareness and test 475 people for various diseases (diabetes, HIV, malaria, etc.) with the detection of 16 cases of tuberculosis. “The training of health personnel, screening equipment and the early management of positive cases are necessary to definitively break the chain of transmission”, insists Barthélemy Wognin.

In Côte d’Ivoire, 1,085 cases were reported in 2021, an increase of 6% compared to 2020, notes Dr. Souleymane Sidibé, deputy coordinating director of the National Tuberculosis Control Plan (PNLT). It also highlights the risks of passing from latent tuberculosis infection to active tuberculosis, increased by a number of factors: tobacco, alcohol, malnutrition, diabetes… and of course HIV infection, which remains the risk factor. Most important. If in the country, the tuberculin skin test (TST) remained the test most used for diagnosis, it is no longer available, explains Souleymane Sidibé. The country plans in its strategy to favor IGRA (Interferon-Gamma-Release-Assay) tests, which make it possible to obtain a result quickly, unlike the skin test, which requires a second medical appointment.

The figures speak for themselves: 120 vaccines against Covid-19 have been developed in one year. Only 13 for more than fifteen years for tuberculosis. “Tuberculosis mainly affects poor countries, there is no profitability for private funding to invest”, underlines Isabelle Saves. Funding for tuberculosis vaccine research in 2019 was $0.1 billion compared to $8.5 billion for Covid-19 in 2020-2021.

Hopes are turning to vaccination and in particular RNA vaccines. With, in echo, the watchword launched this year by the WHO: “Invest to put an end to tuberculosis. Save lives. Sixteen candidate vaccines are in development, including one in Africa, Glaxo Smith Kline’s M72 and the Gates Foundation. To be validated, they will have to show that they offer better protection than BCG, whose effectiveness in adults is estimated at 50% on average.

If the Covid favored the expansion of tuberculosis, it also proved that it was possible to change the situation.