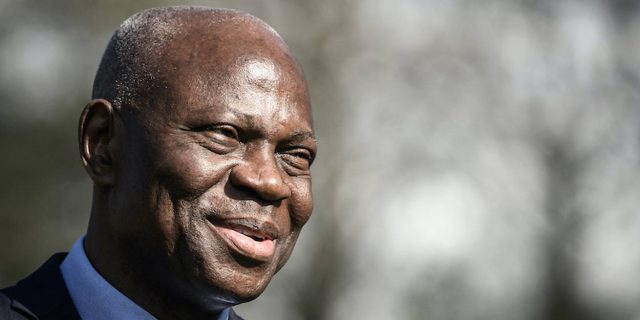 “JI am deeply and absolutely honored to be the first representative of the Africa region to be chosen to lead the ILO after 103 years” of existence, immediately reacted Gilbert Houngbo. The former Prime Minister of Togo has just been elected to head the International Labor Organization in the second round – with 30 votes, against 23 for his main opponent, the former French Minister of Labor Muriel Pénicaud – by Board members representing states and employers’ and employees’ organizations. At 61, this native of a rural prefecture in Togo has not only spent most of his career in international organizations, but Gilbert Houngbo knows the ILO very well, having held the position of deputy director there (2013-2017 ) in charge of field operations. His candidacy was supported by the African Union.

“You wrote history,” he assured after his election as the head of the oldest specialized agency of the United Nations. The result of the election, he stressed, “carries strong symbolism”. Then he said, “Your choice […] responds to the aspirations of a young African, a young African whose humble upbringing turned into a lifelong quest for social justice. »

A proven track record and a vision for the ILO

Former Deputy Secretary General of the United Nations, Director of the United Nations Development Program (UNDP), Gilbert Houngbo, an accountant by training, was also a member of the strategic team and administrative and financial director of the organization. It was in 2017 that he took the helm of the International Fund for Agricultural Development (IFAD), a position he still holds today from Rome, Italy.

In his candidacy, Gilbert Houngbo underlined that his vision of the ILO is inspired by the preamble of the Organization’s Constitution: “Whereas a universal and lasting peace can only be founded on the basis of social justice. “The progress made in recent decades in social justice must be preserved and protected, and global solutions to new challenges and opportunities must be centered on human, environmental, economic and societal values. In short, a new global social contract is needed,” he wrote.

“If elected, I intend to breathe new life into the ILO, reposition it at the heart of the global social architecture and mitigate the risk of its stature eroding. For this, I propose an ambitious global program of social justice, ”he had displayed as an ambition.

Born in the aftermath of the Great War in 1919, the ILO has so far never been led by a woman or by a representative from Africa or Asia. On the other hand, it counts among its former bosses two Frenchmen, including the first, Albert Thomas (1919-1932). One of the candidates running for this election – behind closed doors and by secret ballot – was the former French Minister of Labor Muriel Pénicaud, who was supported by Paris and the European bloc. Minister of Labor from May 2017 to July 2020 in France, she initiated the major social reforms of Emmanuel Macron’s five-year term, such as those of the Labor Code or unemployment insurance, strongly criticized by the unions.

The five candidates had to convince the representatives of the governments, but also those of the employers and the trade unions, the 187 Member States of the ILO being represented by the three branches. Only the 56 full members of the Board of Directors, namely 28 government members, 14 employer members and 14 worker members, were able to vote.

Ten of the titular government seats are permanently reserved for countries of greatest industrial importance (Germany, Brazil, China, France, India, Italy, Japan, Russia, United Kingdom and United States). With a permanent seat, Russia was able to participate in the vote, despite the ILO’s decision this week to “temporarily suspend” its cooperation with Russia because of the invasion of Ukraine.

Huge challenges in a changing world

Beyond the election, the stakes are high: the next boss of the ILO will have the heavy task of adapting the standards of this centenary organization to a labor market in full mutation under the effect of new technologies. . “My election as CEO comes at a troubled time in history, at a time of uncertainty for what the future might hold,” acknowledged Gilbert Houngbo. “The world needs an ILO that is capable of solving the concrete problems of workers and companies,” he said.

Especially since the Covid-19 pandemic has given a boost to teleworking technologies which make it possible to abolish geographical barriers and to work as a team remotely. For some even, the metaverse already exists on a daily basis, beyond gamers and technology enthusiasts, creating a new world of work whose rules are yet to be shaped. Even if it is true that this parallel universe, accessible through augmented or virtual reality glasses (AR or VR), is still science fiction for the overwhelming majority of humanity. Developments with which the Togolese will have to confront very quickly, who will take up his duties at the beginning of October in Geneva, the headquarters of the organization.