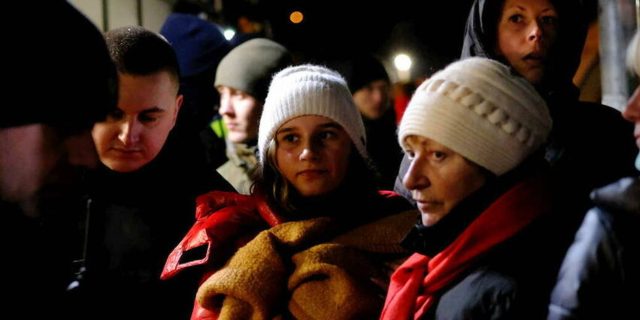 Un out of two children in Ukraine had to leave their homes to flee the insecurity and the fighting sparked by the invasion of the Russian army on 24 February. According to Unicef, a month of war led to the displacement of 4.3 million children, more than half of the child population of the country, estimated at 7.5 million.

Some 1.8 million children have thus crossed the border to seek refuge in neighboring countries and 2.5 million are displaced within Ukraine. “The war has caused one of the fastest large-scale displacements of children since the Second World War,” said UNICEF chief executive Catherine Russell. “It is a sad reality that risks having lasting consequences for generations to come. Children’s safety, well-being and access to essential services are threatened by horrific and uninterrupted violence,” she added.

The disastrous consequences of war on children

At least 81 children have been killed in Ukraine and 108 injured, according to the latest tally released Wednesday by the Office of the United Nations High Commissioner for Human Rights (OHCHR), which stresses that the actual tolls are probably much higher. The war has also had devastating consequences on civilian infrastructure and access to basic services. Thus, 1.4 million people do not have access to drinking water. More than 450,000 children aged 6 to 23 months need supplementary food support. Unicef ​​has already seen a reduction in vaccination coverage for routine and childhood vaccinations, including measles and polio, and fears this could quickly lead to outbreaks, especially in crowded places where people flee to escape. to violence.

In Ukraine, Unicef ​​has delivered medical supplies to 49 hospitals in 9 regions, including Kyiv, Kharkiv, Dnipro and Lviv, and continues to distribute water and hygiene items in besieged communities. In the coming weeks, the organization aims to begin delivering cash transfers to the most vulnerable families and setting up child-friendly spaces in key locations across the country.

Read:  Covid: Tunisia switches to the vaccine pass, but ...