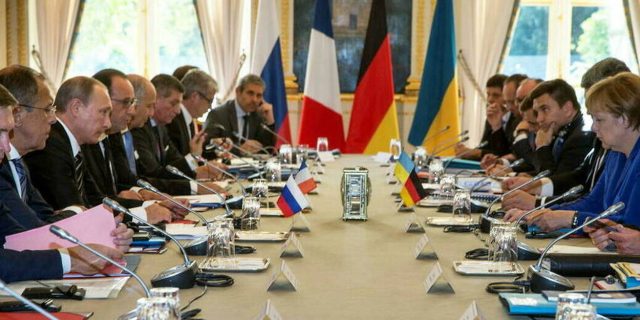 “TAll the Minsk agreements, nothing but the Minsk agreements. When former President François Hollande utters this sentence the day after the peace agreements concluded on February 12, 2015 in the Belarusian capital to resolve the Ukrainian conflict, no one imagines that, seven years later, his successor Emmanuel Macron will live the same situation, recalling in turn “the importance of implementing the Minsk agreements”.

In fact, nothing has changed since the sixteen hours of negotiations conducted at that time by François Hollande, Angela Merkel, Vladimir Putin and the former Ukrainian President Petro Poroshenko. In eastern Ukraine, in the Donbass, fighting continued at a rate of 200 ceasefire violations per week and the number of victims continued to grow (14,000 dead…

Read:  Ukraine: the leaders of the G7 countries pledge to eliminate their imports of Russian oil