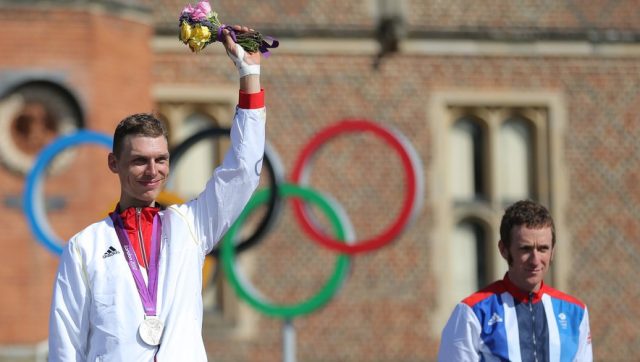 Former cyclist Tony Martin auctioned his silver medal on Saturday March 26, obtained during the time trial of the London Games in 2012, to help Ukrainian children following the Russian invasion, announced the German champion on social networks.

“I decided to donate my London 2012 Olympic silver medal to raise funds for rtlwirhelfenkindern (the RTL-We help children foundation)”, wrote the champion cyclist in an Instagram post with photos of him with his silver medal published on Sunday morning.

“It’s not easy to part with the biggest trophy I could win in my career, but considering the fact that millions of people have lost almost everything, it’s something I really want to do! “, explained the four-time world time trial champion, who retired from sport last year.

The current bid to acquire the silver medal amounts to more than 8,000 euros, noted an AFP journalist, while the sale began on Saturday and will end on April 9 at 6 p.m.

The German cyclist had won it by taking second place in the time trial of the London Olympics in 2012, behind the Briton Bradley Wiggins.