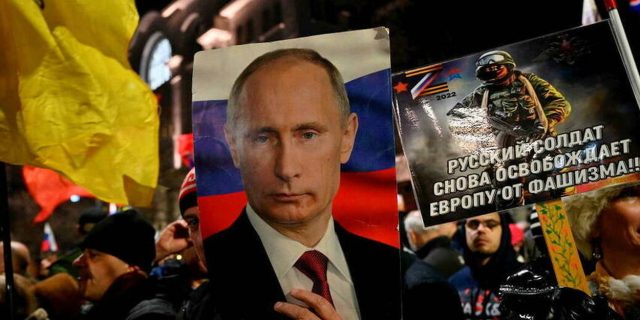 Dn the center of the Serbian capital, Russian President Vladimir Putin scrutinizes passers-by with his disproportionate eyes. A fresco to his glory appeared following the pro-Russian demonstration on March 4, which had gathered a few thousand people in Belgrade. His face in black and white is spread out in front of the Russian and Serbian flags, accompanied by the word “brother”.

“He’s scary, the expression on his face…”, begins Milena, a high school student. She pouts, and continues: “But there are a lot of graffiti like that in the city, you see it in all the streets. The “Z” sign, which the Russian military in Ukraine use as a sign of recognition for their armored vehicles and transport vehicles, has been drawn in several places on the walls of the capital. Milena also mentions…