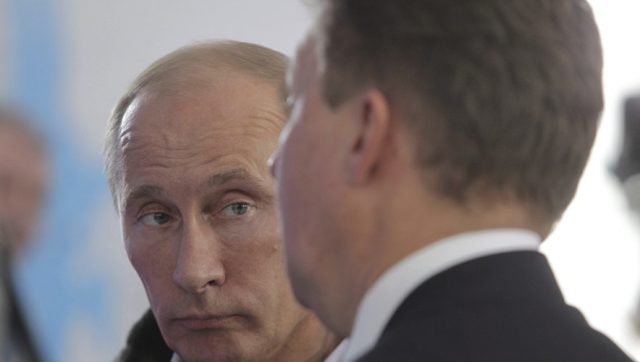 Vladimir Putin announced on Wednesday March 23 that he would stop gas exports to European countries if the latter did not pay the bill in roubles. A strategy to raise the Russian currency and circumvent international sanctions. But can it really work?

President Vladimir Putin wants to force Europeans to pay for Russian gas in roubles, the local currency, and no longer in dollars or euros, as stipulated in contracts between Moscow and the main EU countries. The master of the Kremlin made the announcement this Wednesday, March 23, giving his administration a week to set up a new system.

A way to circumvent the sanctions?

A bluff and communication stunt for some, a strategy to lead the Europeans into a dead end for others. Because since the beginning of the invasion of Ukraine, Russia has been ostracized from nations and has to face significant economic sanctions. Within weeks, the Russian currency collapsed. Could the obligation to pay in rubles make it go up again?

As soon as the announcement was made, the currency rate rose while that of the euro and the dollar fell slightly. Some experts accuse Vladimir Putin of setting a trap for Europeans. Knowing that it will be very difficult for them to completely do without Russian gas, they will then be forced to support the course of the rouble, which would cancel part of the sanctions imposed on Russia.

At the same time, European countries will have to find banks capable of providing them with rubles against dollars. But most of the banking establishments which benefit from sufficient reserves are today under international sanction. If the Europeans give in to this blackmail, they could bring Russian banks back into the international monetary system.

“No dead end” for Europeans, according to Professor Antoine Levy

Yet this Thursday, March 24, several specialists have put the impact of this measure into perspective. Firstly because the trade rules between Russia and its European trading partners are clearly indicated in contracts. Then because the measure would not be so restrictive.

“A lot of emotion wrongly on this rule, as if it were a stroke of genius by Poutin which put the Europeans in a dead end. It is completely absurd”, indicated on Twitter Antoine Levy, professor at the MIT Economics.

The only interest for Vladimir Putin according to Professor Antoine Levy, “to ensure that Russian companies like Gazprom do not cheat by keeping dollars for themselves. It is an anti-oligarch rule much more than an anti-European rule”.

On March 7, Valdimir Putin had already tried to reverse the international sanctions to his advantage by announcing that Russian companies would be authorized to reimburse in rubles their creditors originating from “hostile” countries.