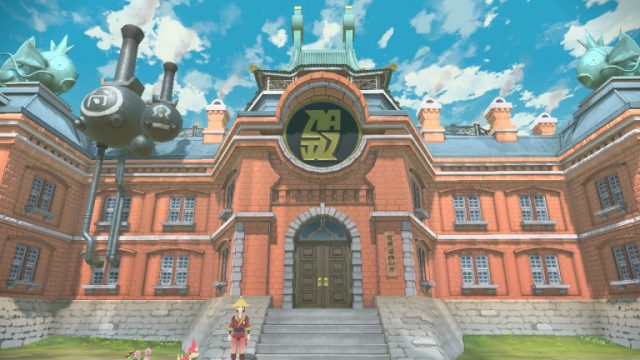 In Pokémon Legends: Arceus, you will have to search for the 28 forms of Unown scattered throughout the Hisui region in order to complete the alphabet. Some are fairly easy to find and even easier to reach, but others are a bit trickier to find – especially if you don’t know there’s a place to reach a particular Unown much easier!

In Pokémon Legends: Arceus, you begin the adventure near the village of Rusti-Cité, and you are quickly invited to become a member of the Corps of Researchersa division of Galaxy Group which, as its name suggests, is intended for research Pokémon in the Hisui region. One thing leading to another, Professor Lavender entrusts you with more missions, and one of them will ask you to keep your eyes peeled for very special Pokémon.

These little creatures called Unown were introduced from the 2nd generation, and it would seem that their different shapes correspond to an alphabet. Professor Lavender asks you to find them all to decipher this alphabet, which will lead you to search every corner of Hisui to find all of its locations. To capture them, just throw a Poké Ball on them and they will let themselves be captured without flinching. As a general rule, they are quite accessible, but sometimes their capture requires you to be tricky, which could cost you dearly in Poké Balls…

A secret place but not too much

Completionists and other Unown Hunters may have noticed: a small black creature lurks on one of the Magikarp statues that decorate Galaxy Group HQ.. Visible from the ground, some may have tried to catch it with a Propelled Ball, this light Poké Ball that allows you to throw straighter than the others. Only, it will take you much more than a single try to achieve this, and you risk wasting time, money, and resources doing so.

Luckily, there is a way to get this Unown very easily., and to do this, you have to go through the interior of the HQ. Go to the top floor, to Cormier’s office, and look to the right. There you will find a door that leads to a balcony running all the way around the roof.

From there, you just have to go to the right to find the statue of Magikarp, and you will only need a classic Poké Ball to catch the Zarbi hanging from his eye. In addition, you will be entitled to a very nice overview of Rusti-Cité, so do not hesitate to brave the stairs to access this balcony!