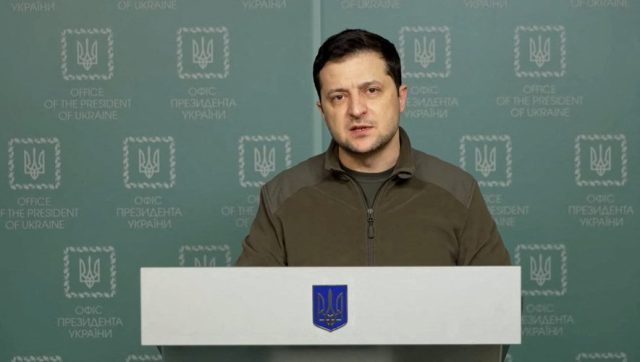 The editorial of this Sunday, February 27, at the heart of the news, by Olivier Biscaye, editorial director of Midi Libre.

What is courage in times of war? What visions of heroism will we keep in France and in Europe once this conflict is over? It will be those hundreds of citizens imprisoned in Moscow and St. Petersburg for defying the authoritarianism and oppression of Vladimir Putin. It will also be those thousands of refugees who leave their land and their roots for Poland and elsewhere in order to escape the terror of the Russian regime. It will be Ukrainian President Volodymyr Zelensky, ready to make any sacrifice for his people, including that of dying to oppose the unnatural invasion of his country. Admirable lessons of courage that contrast with the words of platforms and television sets held by presidential candidates struggling to justify the unspeakable: their support for Putin. Political deceptions to which the French respond with massive support for values: respect for freedoms, fraternity in hospitality, lucidity in diplomatic and democratic action. The other admirable voices of reason.