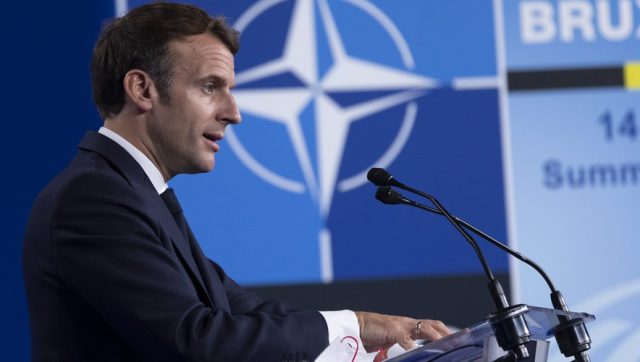 President Emmanuel Macron will take part in a meeting on Wednesday evening on international military engagement in Mali with France’s partners, government spokesman Gabriel Attal said on Tuesday. He also indicated that announcements regarding the military commitment in Mali would be made in the coming days.

“There will be a meeting tomorrow evening at the Elysee Palace between the President of the Republic and the heads of state of the partner countries of our presence in the Sahel in the fight against terrorism”, declared Gabriel Attal during the report of the council. ministers. “Announcements will be made quickly. I think it’s more a matter of days than weeks,” he added.

“The conditions are not met to continue the fight”

French Foreign Minister Jean-Yves Le Drian said on Monday that the conditions were not met to continue the fight against Islamist militants in Mali, adding that Emmanuel Macron had asked for the reorganization of troops in the region.

“If the conditions are no longer met, which is clearly the case, so that we can be able to act in Mali, we will continue to fight terrorism alongside with the countries of the Sahel which are requesting”, said Jean-Yves Le Drian on France 5.

Read:  When the Wehrmacht and the Red Army fought over kyiv

France is considering withdrawing its troops from Mali, but adapting its strategy to prevent the spread of the Islamist insurgency to the south could prove complex. A French withdrawal would mean the departure of the European special forces grouping Takuba, as diplomats believe that the political, operational and legal conditions for remaining in Mali are increasingly difficult.

Foreign ministers and Western diplomats held discussions on Monday on their countries’ future presence in the fight against Islamist militants in Mali, after three weeks of consultations amid deteriorating relations between Mali and France, main foreign military power in the Sahel region.

“The president wants us to reorganize. We are not leaving, but we are going to reorganize so that the fight against terrorism continues,” said Jean-Yves Le Drian. Three diplomatic sources said the announcement of a withdrawal from Mali would be made this week. A draft document seen by Reuters, distributed to countries involved in Mali and which has not yet been approved, indicates that France and its partners in the Takuba Force had agreed to coordinate the withdrawal of their military resources from Malian territory. . It is not yet known what will happen to the troops who will withdraw from Mali.

Read:  "How is it possible to let our Parliament burn for so long?" "

Germany no longer wants to commit

France has already reduced its troops in the Sahel with the aim of reducing their numbers from around 5,000 to 2,500 or 3,000 by 2023. About half of these forces are based in Mali. The Takuba Force has around 600 to 900 soldiers, 40% of whom are French, and includes medical and logistics teams.

It is rather a symbolic force accompanying the local troops. Few diplomats think it could survive a withdrawal from Mali, but Paris hopes to convince its allies to support the countries of the Gulf of Guinea, in particular Côte d’Ivoire, Togo, Benin and Ghana, where one fears that the Islamist insurgency will spread due to porous borders.