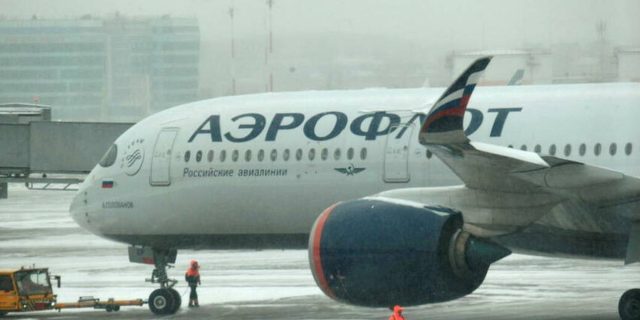 Brussels has just added 21 russian airlines to its twice-yearly updated blacklist. These are notably those which have re-registered planes in Russia (Airbus and Boeing). Rented in Russian carriers, they had therefore been purely and simply confiscated. Using these devices, the largest Russian carriers are thus blacklisted such as Aeroflot, Rossiya, UTAIR, SKOL Pobeda, Nord Wind, Siberia Airlines, Aurora, etc. Six companies from other states, on the basis of serious safety deficiencies identified, according to the EU, join this latest edition of the blacklist. These are Avior Airlines (Venezuela), Blue Wing Airlines (Suriname), Iran Aseman Airlines (Iran), Iraqi Airways (Iraq), Med-View Airlines (Nigeria) and Air Zimbabwe (Zimbabwe).

The update of the EU Air Safety List is based on the unanimous opinion of Member States’ air safety experts, who met on 5 April under the auspices of the Safety Committee EU airline, by videoconference. This committee is chaired by the Commission with the support of the European Aviation Safety Agency (EASA). This update is supported by the Transport Committee of the European Parliament. Decisions taken under the EU Aviation Safety List are based on international safety standards, including those of the International Civil Aviation Organisation.

We do not mix security with politics.

Mme Adina Vălean, European Commissioner for Transport, spoke about this measure. “The Russian Federal Air Transport Agency has authorized Russian airlines to operate hundreds of foreign aircraft without valid certificates of airworthiness. The Russian airlines involved knowingly did so in violation of applicable international safety standards. This is not only a clear violation of the Convention on International Civil Aviation (Chicago Convention), but also an immediate threat to security. We live in the context of Russia’s unprovoked and unjustified military aggression against Ukraine. However, I want to make it clear that this decision is not another sanction against Russia; it was taken solely for technical and security reasons. We do not mix security with politics. »

This decision is not insignificant and leaves little future for Russian air transport. The devices concerned are no longer followed by the safety instructions issued mainly by the American FAA and by the European EASA. These supervisory authorities monitor the behavior of aircraft on a day-to-day basis, the smooth running of maintenance operations, aging, etc., and constantly produce Airworthiness Information, airworthiness bulletins indicating to airlines the interventions to be planned.

As a first consequence, these aircraft (and their passengers) outside the regulatory framework of the International Civil Aviation Organization (ICAO) are no longer covered by global insurance companies, as is already the case for the Iran or North Korea. We can then wonder about the quality of maintenance when the spare parts that can no longer be imported are lacking. There is indeed the very temporary solution of keeping a few planes on the ground to take spare parts for the benefit of those who fly.

This blacklist measure prohibits companies from coming to Europe and the United States, but also prohibits European travel agencies from issuing tickets from these carriers elsewhere in the world. A tour operator who sells a package using the flights of a blacklisted company in third countries would be criminally liable in the event of an accident.