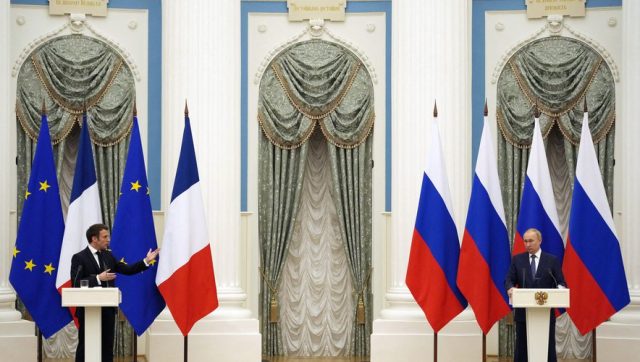 In his editorial this Tuesday, February 8, Olivier Biscaye returns to Emmanuel Macron’s trip to Russia and Ukraine, to meet the heads of state.

Nothing bad can come out of this meeting in Russia. He has the merit of having reinstalled mediation at the heart of an uncertain conflict between Moscow and Kiev, allowing Vladimir Putin to come out on top, without humiliation and without defeat.

It also has the merit of putting Europe back at the heart of the negotiations, making France and its allies actors of trust. An approach aimed at demonstrating to the United States of Joe Biden, and to all those who still doubt it, that we do not intend to stand idly by in the face of the questioning of the stability of the continent as much as the sovereignty of our countries neighbors.

An initiative that will not harm the greatness of France that some believe is losing momentum, yet unable to rise on the resolution of this crisis.