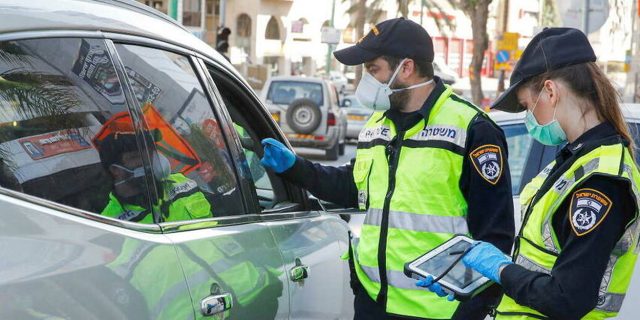 LIsraeli police on Tuesday (April 12th) shot dead a Palestinian man who had just stabbed a policeman in the southern coastal city of Ashkelon, security forces said. “During an operation in Ashkelon, an officer identified a suspicious man and began conducting an identity check. But the man pulled out a knife and attacked the policeman, who quickly responded by opening fire on him,” the Israeli police said in a message, adding that the assailant, a Palestinian, had been killed.

Israeli police say the assailant is a resident of the Palestinian city of Hebron in the southern occupied West Bank. The police officer involved in this incident was “slightly injured” and evacuated to a local hospital. On Sunday, Israeli security forces killed a Palestinian woman who stabbed a policeman in the center of the powder keg of Hebron, where around 1,000 Jewish settlers live under heavy military protection among 200,000 Palestinians. The assailant “came to a border police checkpoint to stab a policeman”, who was “slightly injured”, police said.

Read:  Will Smith banned for ten years from the Oscars for slapping Chris Rock in the middle of the ceremony

The same day, another Palestinian, widow and mother of six children, heading “suspiciously” according to the army towards Israeli soldiers near Bethlehem, in the occupied West Bank, was killed by the police. But the woman ultimately had no knife on her. The incidents come as Israeli forces conduct an operation in the northern occupied West Bank, following an April 7 attack in Tel Aviv that killed three people by a Palestinian from the refugee camp. from Jenin.