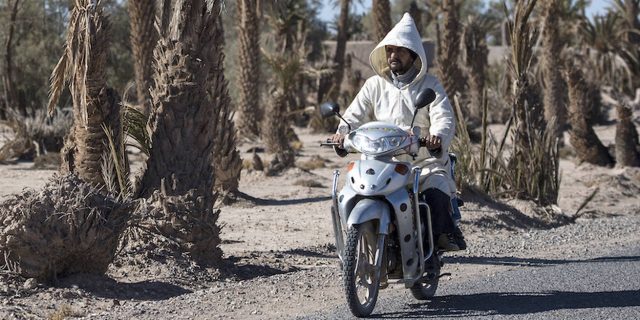 IMorocco has been hit hard by its worst drought in almost forty years, a disaster that has raised fears of a severe shortage of drinking water this year, a consequence of climate change and inefficient water management. According to the Ministry of Agriculture, the drought should gradually intensify in Morocco until 2050 under the effect of a drop in rainfall (- 11%) and an increase in temperatures (+ 1.3 ° VS). It will lead to a “decrease in the availability of irrigation water by more than 25%”, predicts a report from the ministry. However, the kingdom’s economic and social development is dependent on the agri-food sector, which represents 21% of GDP and nearly 39% of employment. “The country has not recorded such a situation since the beginning of the 1980s,” Abderrahim Hendouf, a specialist in water policy, told AFP.

If, in the past, drought – recurrent in Morocco – mainly affected rural regions and the agricultural sector, it currently weighs on “the supply of drinking water in urban areas”, recently warned the Minister of Equipment and Water, Nizar Baraka, in front of the deputies.

Long subject to climatic variations, the country has suffered a severe rainfall deficit since September 2021 and an alarming drop in dam reserves of nearly 89% compared to the annual average, according to official statistics. This deficit is “a worrying indicator, even if it has been reduced by preventive measures to avoid water shortages”, acknowledged Abdelaziz Zerouali, director of water research and planning, in a television interview.

Beyond environmental factors, “the high demand for water” and “the overexploitation of groundwater” contribute to putting pressure on water resources, underlines Minister Nizar Baraka. In an article for the Moroccan Institute for Policy Analysis (MIPA), researcher Amal Ennabih estimates that water scarcity is “deeply linked to the way this resource is used for irrigation, consuming around 80% water from Morocco each year”. A situation that is all the more alarming since only 10% of agricultural land is irrigated, notes expert Abderrahim Hendouf, who pleads for a reduction in the excessive weight of the agricultural sector in the Moroccan economy.

Read:  Death and exile: when the war in Ukraine resonates all the way to Belle-Île

The Cherifian kingdom relies mainly on the desalination of seawater to remedy the water deficit, a polluting process because of the brine produced. But the start of the program is facing “delays”. The Casablanca desalination plant is still under construction and the economic megalopolis is threatened with a water deficit from 2025. Another example: the delay in delivery of the desalination plant in the seaside resort of Saïdia (north-east) has “caused a shortage” in the surrounding towns, according to Nizar Baraka.

In addition, the construction of 15 dams is also delayed.

The threat of a drinking water deficit also hung over the tourist town of Agadir, up to 70% in March compared to its needs. A risk avoided thanks in particular to the new desalination station in this capital of the most important agricultural region of Morocco, according to official figures. The draconian measures imposed on Agadir in the fall of 2020 – the water in the taps was cut off at night – are now just a bad memory.

Two large cities, Marrakech (south), tourist capital, and Oujda (east), have avoided the worst by resorting since the end of December to groundwater to ensure their supply.

To contain the devastating effects of the drought, in mid-February the government unblocked an aid program for the agricultural sector – the leading contributor to GDP (14%) ahead of tourism and industry and the main source of jobs in the middle. rural – nearly one billion euros.

The World Bank will support the country with project financing amounting to 180 million dollars (163 million euros) “to support resilient and sustainable agriculture in Morocco”. This loan aims to “strengthen the governance of water resources in the agricultural sector, improve the quality of irrigation services and expand farmers’ access to technical advice in this area”, the institution said.

This announcement comes after the visit this week to Morocco by the president of the institution, David Malpass, who met with senior officials as well as representatives of the Moroccan private sector.

Change of approach in the management of the resource

But, in the long term, it is “necessary to change our vision on the question of water. Climate change is real and we must prepare to face it”, warned Abdelaziz Zerouali during a conference on “the right to water” in Rabat. With only 600 cubic meters of water per inhabitant per year, Morocco is well below the water shortage threshold. For comparison, water availability was four times higher at 2,600 m3 in the 1960s.