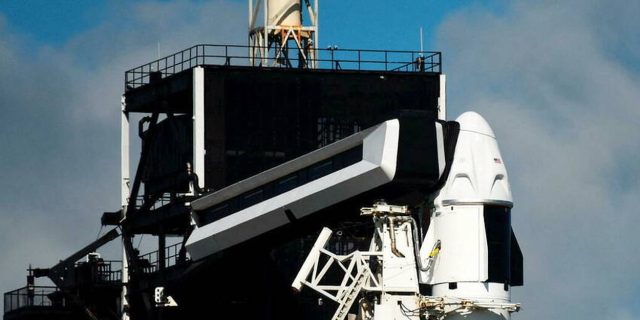 Sf, in your dreams, you hoped one day to be able to afford a Crew Dragon space capsule, manufactured by SpaceX, you will have to make up your mind to give up on it. The American company, owned by Elon Musk, has decided to put an end to the manufacture of these inhabited capsules, reports Reuters on Monday March 28. The four existing copies – baptized Freedom, Endurance, Resilience and Determination – should therefore remain unique models.

Elon Musk and his teams want to continue working with reused and reusable material. With four Crew Dragon capsules, SpaceX ensures around twenty return flights between Earth and the International Space Station (ISS). And if, by misfortune, a capsule were to get lost or be unrecoverable after a space trip, nothing would then prevent us from resuming the plans and building a new one. But the time has come to concentrate on other major projects.

Mars has never seemed so close…

By setting aside Crew Dragon, SpaceX is making a strategic decision in its conquest of space. The space company will be able to concentrate all its resources on finalizing the Starship project, this new mega-rocket, reusable of course, supposed to eventually replace Falcon 9 and allow Elon Musk to conquer the planet Mars a little more.

According to Garrett Reisman, retired from NASA and ex-executive at SpaceX, “the goal is to get as close as possible to flight operations, where you can recover a vehicle after it has landed, refuel it with gas and oxygen, then quickly leave “. It would also mean a historic rapprochement between Earth and Mars.

Starship will be the most powerful rocket in history, capable of carrying humans to the Moon, Mars, and beyond pic.twitter.com/LloN8AQdei

Read:  French withdrawal from Mali: the reasons for an imbroglio