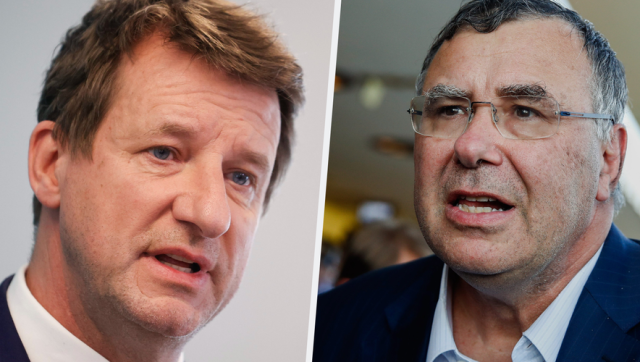 The TotalEnergies group announced on Wednesday March 23 that it had filed a complaint against the environmental candidate Yannick Jadot, after his remarks accusing the oil giant of “complicity in war crimes” in Ukraine, by maintaining its activities in Russia.

After a skirmish between the environmental candidate for the presidential election Yannick Jadot and Patrick Pouyanné, CEO of the TotalEnergies group, the tone went up a notch this Wednesday, March 23. Indeed, the green candidate had castigated the French group by accusing it of complicity in war crimes, for having maintained its activities in Russia.

In the process, the CEO of TotalEnergies announced on RTL to launch a “defamation action”, against remarks deemed “unacceptable”, “serious” and justified the maintenance of its gas purchases in the country of Vladimir Putin “to resell it, in particular in Europe for the benefit of European consumers”.

Jadot’s response at a press conference

After learning of the legal proceedings launched by TotalEnergies against him, Yannick Jadot in turn spoke. “I learn that Total has filed a complaint against me… Ecologists are threatened, as in Russia (…) EDF spied on me, Monsanto spied on us, I remain constant for peace and the climate: we will remove lobbies from public apparatuses,” he said at a press conference, reports France Info.

He took the opportunity to respond directly to Patrick Pouyanné on the interest of European consumers. “He says that doing without Russian gas is impossible… Leaders have been dictating public policy for too long”.