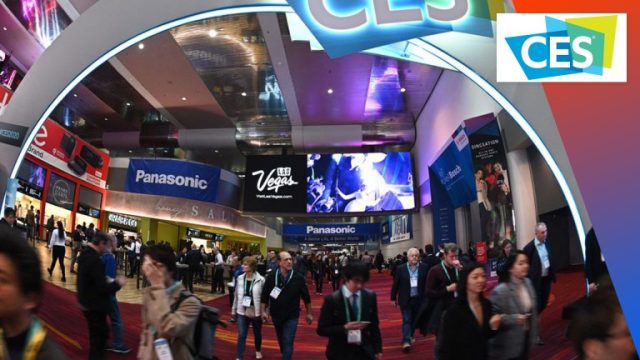 From January 5 to 8, must take place on Consumer Electronic Show like every year in Las Vegas, organized by the Consumer Technology Association. However, this year is placed under the sign of doubt: will the event take place despite the (more and more) many disclaimers of very important brands in industry ?

Is everyone leaving the ship?

Many major players in the industry have already canceled their visit to CES 2022, because they have doubts about the holding of the show and wish protect the health of their employees in this resumption of epidemic. Among the companies that have already canceled their visit (face-to-face, some will still hold remote conferences), let us quote: Meta (formerly Facebook), Amazon and Ring, Alphabet (including in particular Google and Waymo), Intel, Nvidia, HyperX, AT&T, T-Mobile, iHeart Radio, Twitter, Lenovo, Pinterest, HiSense, General Motors … Representatives of certain brands have also announced their withdrawal, individually like Barbara Frenkel, member of the executive committee of Porsche AG. On the other hand, several media have already canceled their visit as well : CNET, Tom’s Guide, The Verge, TechRadar, TechCrunch, Engadget, Gizmodo …

Read:  From Kharkiv to Sète: the journey of three Ukrainian women

Note all the same the still confirmed presence of other major players, as long as the CTA does not announce a program change for CES 2022. Among them, Sony for example, but also AMD, LG, Samsung, Panasonic, Nikon, Canon, Qualcomm, OnePlus, HTC … The presence of some of them may still be relatively limited, but they have – for now – confirmed their physical presence on the spot. One change of mind of these brands could modify the plans of the CTA, and shift the event into something totally distanced.

The CTA is reassuring

These many withdrawals take place due to the resumption of the epidemic, in particular via the Omicron variant. Wednesday December 22, the CTA wanted to be reassuring in a statement, despite the many cancellations for the “in person” event, on site in Las Vegas.

While we recently received 42 cancellations of exhibitors (less than 7% of our exhibition area), since last Friday, we have added 60 new exhibitors for our in-person event. Registrations, both for our digital access and our event in Las Vegas, continue to show strong momentum, with thousands of additional registrations over the past few days.

The CTA now claims to have more than 2,200 exhibitors. There are also among them a number of foreign exhibitors including French, as every year. If this number of 2,200 exhibitors is quite honorable, it must also be recognized that for an event of this magnitude not all brands are created equal, and that the absence of some will be felt more than that of others. This is the concern of this CES 2022: the big players in the industry have already started to flee.

Read:  Animal Crossing New Horizons: how to scam Tom Nook and get a lot of bells

CES 2022 is scheduled to take place from January 5 to 8, 2022. There are therefore a few weeks left to know if the event will take place physically in Las Vegas.