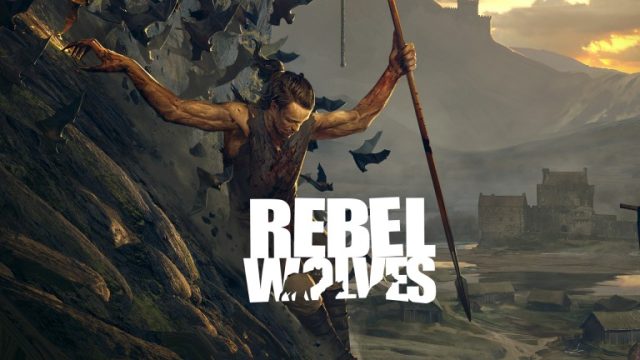 While publisher CD Projekt presented the PS5 and Xbox Series versions of Cyberpunk 2077 yesterday, an independent studio made up of former members of the Polish firm has just opened! He is already developing an RPG.

Rebel Wolves is a new independent studio based in Poland. Made up of industry veterans, especially CD Projekt alumnithe studio is already producing a new title: we are even promised a RPG saga with deep storytelling.

Rebel Wolves is a new development team assembled by Konrad Tomaszkiewicz, the director of The Witcher 3, and production manager of Cyberpunk 2077. We already know part of the composition of the studio:

In the Press release introducing the team, we are reminded how employee happiness is now a priority for the newly opened studios. It is also amusing to note that these veterans claim to be as ambitious as everdo not be satisfied!

We decided to create our own studio and run it on our own terms. The first of them: the team comes first, always. Happy people make great games – the kind of games gamers want and deserve. Yes, it’s as simple as that.

We’re industry veterans, but we want more. We want to create incredible virtual worlds, filled to the brim with powerful emotions and unique experiences. Above all, we want to share our boundless passion for video games. We know what gamers like because we are gamers ourselves.

The future of Rebel Wolves: A AAA dark-fantasy role-playing game

The end of the press release already announces an upcoming game, developed by Rebel Wolves:

We are currently working on a story-driven AAA RPG saga, for PC and next-gen consoles. We will have more to share soon. Trust us – you’ll be hooked.

The CEO of the studio and director of this new RPG, Konrad Tomaszkiewicz explains their goal with this title. Ambitions clearly assumed.

We are developing a video game that we would like to play the way games should be made. We want evolve the C-RPG genre by creating unforgettable stories and stirring deep emotions, while working as a tight-knit team, united by a shared goal and ambition. Collectively, we envision Rebel Wolves as a place where experienced game developers can rekindle their passion, where they can focus on their work and pour their love into an amazing and ambitious title. We want to stay small and nimblea place where people know and care about each other.

The name of the studio is also linked to this philosophy. We are told that these veterans wanted get away from the mental burden of developing a AAA game at a major studio. At Rebel Wolves, everyone on the team is working towards the same goal, at the same time. Exactly, the metaphor is there: a wolf alone can be strong, but he is much more powerful in a pack. Moreover, the pack of Rebel Wolves does not necessarily need to see each other to hunt (good ideas) together: the studio will hire in the coming months developers around the worldwho can either work locally in Poland or from home. You can also apply or request more information by sending an email to office@rebel-wolves.com .

In order to create truly awesome games, we don’t chase trends or numbers. Our goal is clearly defined: to create memorable games, tell moving stories and evoke visceral emotions. It’s ambitious, it’s true – and I’m delighted. Art needs ambition. I don’t want to create another game. I want to work on titles that people will remember.

Rebel Wolves’ upcoming AAA game is the first in a dark-fantasy RPG saga. It will be developed under Unreal Engine. No release window has yet been announced by Rebel Wolves.

Read:  Good plan news Bring life to your interior with these connected screens on sale