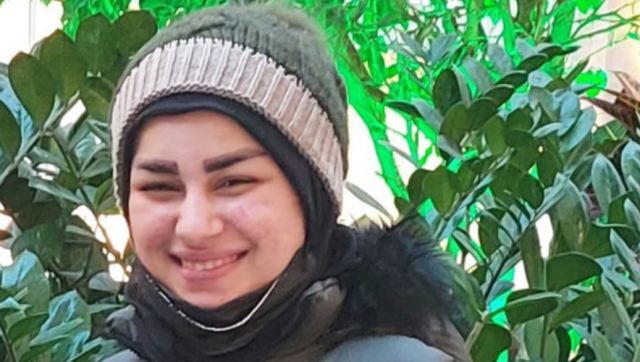 The broadcast of an atrocious video in which we see the murderer holding his wife’s head in one hand and his knife in the other is circulating on the internet, causing a wave of indignation in the country. Mona Haydari, the 17-year-old victim and mother of a little boy, had been forcibly married off to her cousin two years earlier.

It is a horror scene that was widely broadcast on social networks on Sunday, causing the disgust of an entire country. We see a man parading in the street, holding the head of his victim in his hand, and wearing a big smile. This poor woman is none other than her companion, aged 17 and suspected by her husband and executioner of adultery. According to the Isna news agency, he murdered her a few hours earlier with her brother-in-law in the city of Avhaz, capital of the province of Khuzestan in the south-west of the country.

Read:  When Elizabeth II had her portrait taken

Mona was the victim of devastating ignorance, we are all responsible for this crime

According to local police, the two men were arrested on Monday “during a raid on their hiding place”. “A human being was beheaded, his head was paraded in the streets and the killer was proud of it. How can we accept such a tragedy? We must act so that feminicides do not happen again”, reacted the reformist daily Sazandegi. But the wave of emotion also affected the artistic world, as shown by the insurgent reaction of feminist filmmaker Tahmineh Milani on Instagram: “Mona was the victim of devastating ignorance, we are all responsible for this crime”.

Other figures, concerned about human rights abuses in the country, especially for women, have urged the authorities to reform the law on domestic violence and increase the minimum age of marriage for girls, currently set at 13. year.

“Women call on Parliament to take urgent action to close some legal loopholes and the authorities must strive at the same time to raise the level of consciousness of the population”, declared on Twitter the Iranian vice-president in charge of Women and Affairs. families, Ensieh Khazali.

Unfortunately, at present, the country still allows a father, brother or uncle to legally kill an unfaithful wife or a gay child to “cleanse” the honor of the family. Even if these crimes are generally more widespread in rural areas, frozen in an archaic patriarchal structure, justice will not necessarily condemn this act.

Because the young woman had fled to Turkey for 6 months, and she would have met a Syrian at that time, before being found and accompanied by her father and uncle. Reason enough in this country to be “legitimately” murdered.