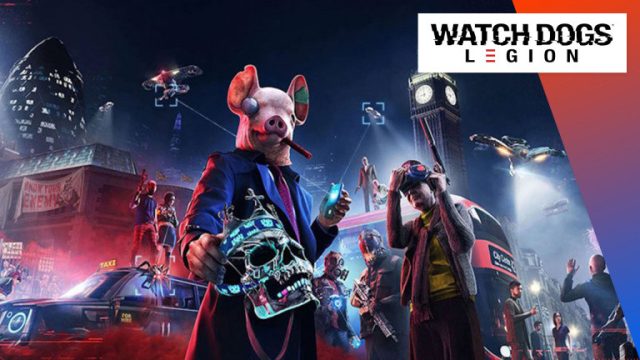 Released ten days before Assassin’s Creed Valhalla and after a delay of several months, Watch Dogs Legion did not convince players and critics as much as Ubisoft hoped. However, the game has been updated numerous times, fixing a lot of technical issues and adding tons of content.

Like Assassin’s Creed Valhalla and most of Ubisoft’s other games, Watch Dogs Legion operated on a season and season pass system, adding events, characters, narrative expansions, and items. Unfortunately, hackers living in an authoritarian and liberticidal London will not follow the same path as Eivor.

DedSec will continue the fight in the shadows

Indeed, unlike the latest installment of Ubisoft’s flagship license, Watch Dogs Legion will not be entitled to a new year of content in 2022 nor to a new extension. The development team, through a statement posted on the game’s website, recently announced the end of updates for the title. There is no question of withdrawing it from sale or limiting access to the title, but simply of moving on.

Watch Dogs: Legion was released in October 2020 and from then on you joined us in London to stop the authoritarian powers threatening the city. Online mode allowed you to continue your adventure with DedSec London, allowing you to stop new threats with Tactical Ops or compete against your friends in Spiderbot Arena in PvP. Since then, the world of Watch Dogs: Legion has grown even bigger with a ton of new single-player and online content.

We have added many game modes, such as Intrusion mode and Resistance mode, but we have also offered our version of London in zombie apocalypse with Watch Dogs: Legion of the Dead. (…) During all this time, you have shared with us your DedSec teams, your favorite recruits, your best moments of play, your fan arts, your cosplays, your videos, and much more. We loved seeing all of your content and the ardor of your passion.

TU 5.6 was our last update for Watch Dogs: Legion. However, you can expect both new and old rewards in the Online mode. Season 4 Rebels will consist of 80 ranks and will run until January 22, 2022, before being followed by Season 5 Stripes. After that, Seasons 3-5 will continue to alternate in-game, allowing you to get rewards you might have missed in the past. (…)

Concretely, Ubisoft indicates that update 5.6, deployed on PC last September, was the last update of the game. Thus, after the arrival of Mina Sidhu as a playable character, the addition of Darcy, a contemporary Assassin, the return of Aiden Pierce, the character from the first game, and the release of the Blood Ties expansion this summer, it’s the end of the title journey, with one exception. Indeed, season 4 recently gave way to season 5, and Ubisoft indicates that in the future, a rotation will allow players to discover the content of seasons 3 to 5 in order to unlock the related rewards.

The game has grown exponentially since its launch, offering a ton of content to discover, between its sprawling city of the near future and its action-packed online mode. We couldn’t be prouder of the game we’ve created, and we’re grateful to everyone who has joined us on this trip to London over the past year. We can’t wait to see more of your adventures in Legion!

At present, it is not known if Ubisoft intends to continue the development of the license, or if this third opus was the last. Despite everything, the end of development can also be an opportunity for the curious to embark on the adventure, or wait for a possible Complete Edition. Let’s also remember that the journey continues for Assassin’s Creed Valhalla, with the “Crossover Stories”, which allow Eivor to meet Cassandra of Assassin’s Creed Odyssey, but also with Dawn of Ragnarok, a new expansion to come that would offer more than 35 hours of gameplay additional.

Read:  War in Ukraine: Zelensky at the Grammy Awards, a war crime in Boutcha for Macron ... the news of the conflict