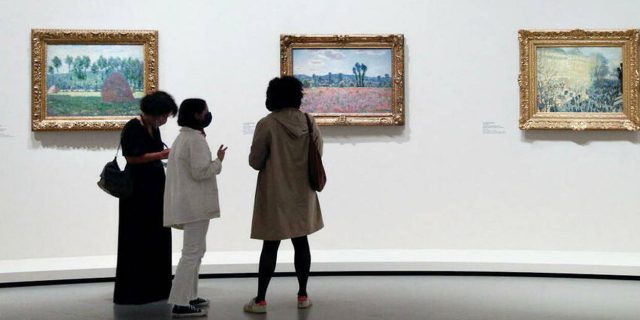 ATwhen Bruno Le Maire has just announced that Bercy has already immobilized 22 billion euros in assets from the Russian central bank as well as 850 million euros in oligarchs’ assets (bank accounts and loans, properties real estate and two yachts), all eyes are on the so-called “Morozov” collection, on display at the Louis-Vuitton Foundation since September 2021 and until April 3. These 200 masterpieces of modern art, originally from the collection of the Muscovite brothers Mikaïl and Ivan Morozov, have indeed for the most part been loaned by Russian museums – a few come from private collections. . In the context of the war in Ukraine and the economic sanctions decided against Russia by the European Union, this treasure…