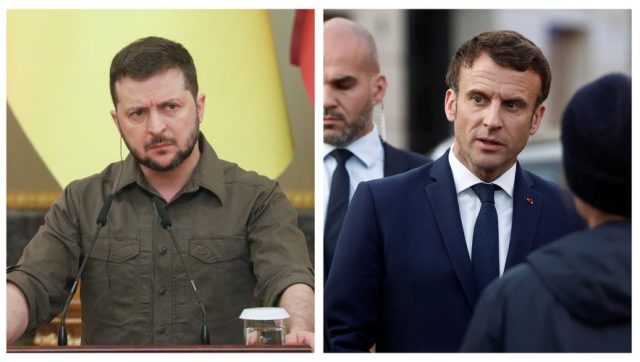 The President of the Republic refused to use the term “genocide” during a response to the war in Ukraine, warning of the consequences of an “escalation of words”. A position that shocks and disappoints in kyiv.

The position of the President of the Republic on the Russian invasion is not always perceived very positively in Ukraine. If Emmanuel Macron played the leading roles on the diplomatic level at the start of the conflict, the Ukrainians also reproach him for his tendency to inaction. They even coined the term “Macroner” to describe someone who shows great concern but does not act. And the latest statements from the French head of state will not boost his popularity rating.

Emmanuel Macron warns against “the escalation of words”

This Wednesday, April 13, Emmanuel Macron refused to follow his American counterpart Joe Biden, who describes Russian action in Ukraine as “genocide”. The French president denounced a counterproductive “escalation of words” to end the conflict and preferred to “remain cautious”.

“I would say that Russia unilaterally unleashed a brutal war, that it is now established that war crimes were committed by the Russian army and that it is now necessary to find those responsible”, however said Emmanuel Macron on France 2.

“Such remarks are very hurtful”, for the Ukrainian president

This refusal to use the term “genocide” quickly made the Ukrainian president react. “If they are true, such remarks are very hurtful for us”, indicated Volodymyr Zelensky during a press conference, on the occasion of the visit to kyiv of the Polish, Lithuanian, Estonian and Latvian presidents.