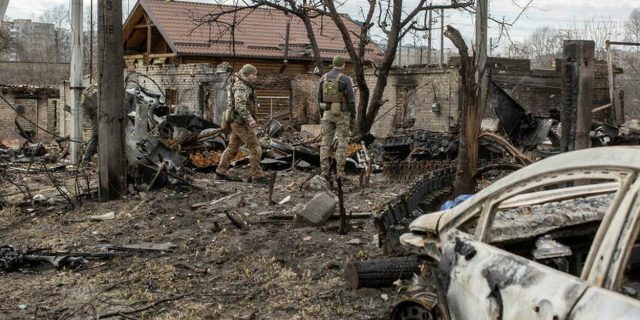 MOn April 5, the French National Anti-Terrorist Prosecutor’s Office (Pnat) announced that it had opened three new investigations for “war crimes” for acts committed to the detriment of French nationals in Ukraine since the invasion of Russia.

The acts referred to would have been committed in Mariupol (southern Ukraine), Gostomel (kyiv region) and Chernihiv (North), specified the Pnat, competent for this type of offense. The latter had already opened an investigation after the death of Pierre Zakrzewski, a Franco-Irish journalist, on March 14 near the Ukrainian capital. According to the Pnat, they are likely to be qualified as war crimes materialized by willful attacks on mental integrity, deliberate attacks against civilians not taking part in hostilities, deliberate deprivation of objects indispensable to the survival of civilians and/or deliberate attacks against civilian objects, theft, destruction and damage Goods.

Read:  The Wolf Among Us 2: A special live announced, info and date!

An investigation opened after the death of Pierre Zakrzewski

The investigations were entrusted to the Central Office for the Fight against Crimes against Humanity, Genocide and War Crimes (OCLCH). The Pnat had already opened an investigation after the death of Pierre Zakrzewski, a Franco-Irish journalist, on March 14 near the Ukrainian capital. French justice can only open investigations for acts committed outside French territory if a victim is French, if the author of the alleged war crime is French or if the author of the offense has his habitual residence in French soil.