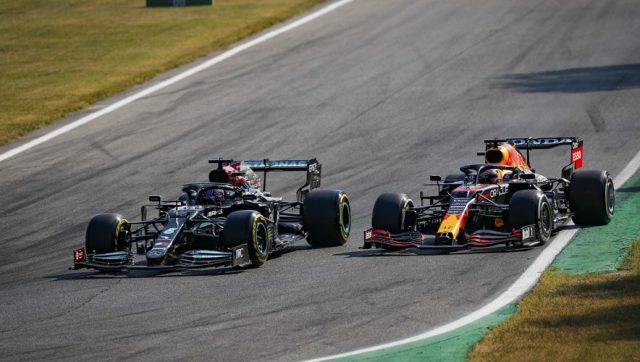 With the start of the war between Russia and Ukraine, the world of sport finds itself impacted. Several meetings and competitions are threatened or already postponed.

Will the Champions League final take place in Saint Petersburg, Russia on May 28? Probably not, according to information given by the agency Associated Press and the Times, after the offensive launched by Moscow against Ukraine. The decision should be confirmed this Friday, February 25 at an exceptional meeting of the UEFA executive committee, which organizes the competition.

But the war in Ukraine could disrupt other football matches. The Swedish team could face Russia in March in the play-offs for the 2022 World Cup, if they beat the Czech Republic. But the president of the Swedish football federation Karl-Erik Nilsson has already made it known that a trip for his team to Russia was unthinkable: “It is unthinkable that we are playing a football match in Russia in a few weeks”, he said. he told Reuters.

In Ukraine, the national championship is suspended until further notice, announced the Ukrainian federation in a press release this Thursday, February 24, without giving a possible date of resumption.

Football is not the only sport affected. In basketball, the Ukraine team was to face Spain on February 27 in Kiev. The game should be postponed. In handball, the Paris Saint-Germain team will face the Ukrainians of Motor Zaporozhye on Tuesday March 1 in Presov in Slovakia. The Champions League match, initially scheduled for Thursday February 17, will be played on neutral ground, as requested by the Parisian leaders.

In Formula 1, the Russian Grand Prix, which is to take place from September 23 to 25 in Sochi, is already causing a stir. World champions Max Verstappen and Sébastien Vettel expressed their opinion this Thursday during a preseason press conference in Catalonia: “When a country is at war, we should not run there”, indicated the world champion in title Max Verstappen. “For my part, my opinion is that I shouldn’t go, and I won’t go. I think it’s wrong to run in this country. I feel sorry for the innocent people who lose their lives, who are killed because of stupid and bizarre decisions of a crazy leader”, declared for his part Sébastien Vettel.

Vettel: “For myself, my opinion is I should not go, I will not go. I think it’s wrong to race in the country. I’m sorry for the innocent people that are losing their lives, that are getting killed for stupid reasons and a very, very strange and mad leadership.” #F1 #F1Testing https://t.co/xVxj1DHbWH

No decision has been made at this time by race organizers, who say in a statement that the situation is being closely monitored and no comment can be made on the race scheduled for September.

Read:  Macron in Romania: "We will have to negotiate with Russia" to end the war in Ukraine