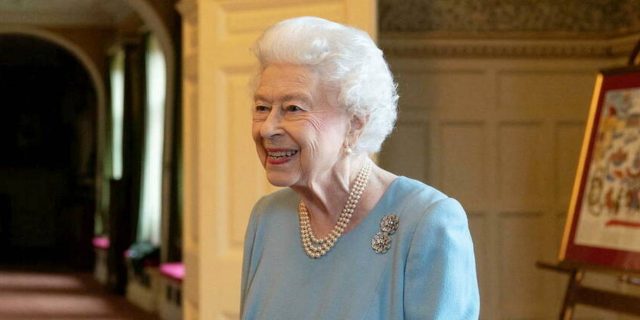 IQueen Elizabeth II, who tested positive for Covid-19 on Sunday, canceled two videoconference hearings scheduled for Thursday and plans no further engagements this week, Buckingham Palace said. “Her Majesty continues to perform light duties. No further commitments are scheduled for this week,” the Palace said in a statement to the PA agency. The two hearings scheduled for Thursday “will be postponed to a later date”, it is specified. No details were given on the state of health of the 95-year-old sovereign.

On Tuesday, she had already canceled scheduled engagements online, with the Palace explaining that she was “still showing mild cold-like symptoms”. Elizabeth II, who passed the milestone of 70 years of reign on February 6, tested positive for Covid on Sunday. She had met her son Prince Charles on February 8, who tested positive two days later. On Wednesday, however, she held her weekly telephone audience with Prime Minister Boris Johnson.

Read:  Pokémon Legends Arceus: where to find Ceriflor and how to complete its Pokédex page? Our guide

A busy program in the spring

Since a night spent in the hospital in October, the appearances of the sovereign had become rare. But the Palace had recently announced a resumption of its public activities, including a ceremony on March 29 at Westminster Abbey in memory of Prince Philip, her husband who died last year. Four days of festivities are planned in June to celebrate the Queen’s Platinum Jubilee, marking her 70 years of reign.

Until then, several tours are planned for members of the royal family in the spring, on the occasion of the jubilee, Buckingham announced on Thursday. Prince Charles, heir to the crown, and his wife Camilla will visit Ireland from March 23 to 25, Prince William and Kate to Belize, Jamaica and the Bahamas from March 19 to 26. Prince Edward, youngest son of Queen Elizabeth II, and his wife Sophie will travel to the Caribbean in Antigua and Barbuda, Grenada, Saint Lucia and Saint Vincent and the Grenadines from April 22 to 28, the Princess Anne in Papua New Guinea from April 11-13.

Read:  Mali: Olivier Dubois' family wishes to have access to the investigation