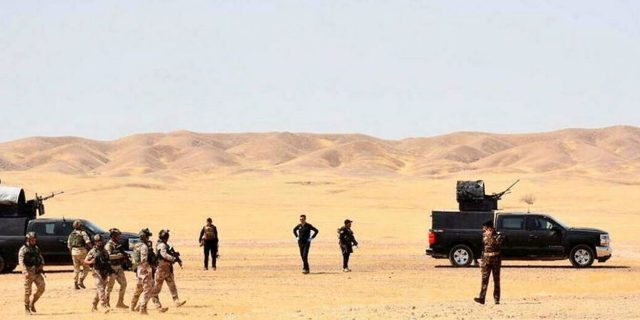 L’Jihadist organization Islamic State (IS) promised Sunday to “avenge” its previous leader, who died in February, and called on its supporters to take advantage of the war in Ukraine to resume their attacks in Europe. On February 3, US President Joe Biden announced the death of former ISIS leader Abu Ibrahim al-Hachimi al-Qurachi, who blew himself up during an operation by US special forces in the northwestern Syria, a region under the control of jihadists.

His death, along with that of the group’s former spokesman, was confirmed by IS on March 10. “We announce, relying on God, a blessed campaign to take revenge” for the death of the leader of IS, said Abu Omar al-Muhajir, the group’s spokesman, in an audio statement broadcast Sunday on Telegram assigned to them.

IS also called on its supporters to resume their attacks in Europe by seizing the “opportunity” of the “crusader fight”, referring to Russia’s invasion of Ukraine. Abu Hassan al-Hachimi al-Qourachi, the new leader of the radical Sunni organization, the third of the group since its creation, has so far made little headlines.

Islamic State maintains a presence in Iraq and Syria

After a meteoric rise in 2014 in Iraq and neighboring Syria and the conquest of vast territories, the IS saw its self-proclaimed “caliphate” overthrown under the blow of successive offensives in these two countries, respectively in 2017 and 2019. .

But the Islamic State “maintains a largely clandestine presence in Iraq and Syria and is waging a sustained insurgency on both sides of the border between the two countries”, according to a UN report published last year.

In these two countries, the jihadist organization would retain “in all 10,000 active fighters”, according to the same source. IS has also claimed responsibility for attacks in Afghanistan and Pakistan, and affiliated jihadist groups also operate in Africa.